A player wearing a Peahat

On this day, Jagex claimed in a news update that "Green P-Hats" were going to be dropped in Varrock, Falador and Lumbridge. Along with this, they mentioned the release of several other "P-Hats".

The green "P-Hat" was not really a green partyhat, but a peahat, a pea attached to a string. After the event, a peahat can be bought from Diango for one coin. 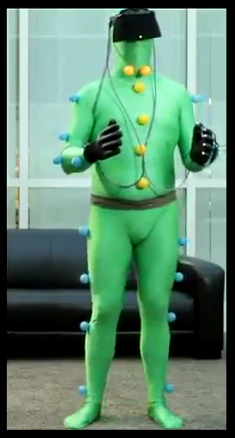 On the same day, Jagex also announced JagMotion. The update post linked to a trailer on the Jagex YouTube channel. The video showed a device that would supposedly allow the player to control the game with their entire body (motion detection, voice recognition), and that would be released for sale Christmas 2012. It would supposedly cost £307.96 ($479.99).

The trailer incorporates phrases such as "...It's balls design..." and "...You will be an incredible tool..." to add a subtle amount of British humour, while still fronting as a serious video.