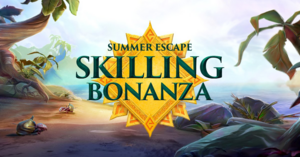 Summer Escape was a series of events that took place every week from 5 August 2019 until 1 September 2019. The events provided buffs to specific skills and activities in RuneScape.

The following buffs were active throughout every week of this event inside of the player-owned farm activity:

The following Farming buffs were active throughout the whole Summer Escape: 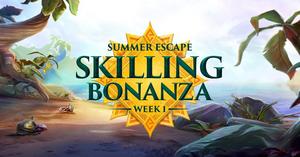 Week 1 of the Summer Escape

Logging in during the week prompted the message Summer Escape is now active! There are loads of bonuses and extras awaiting you throughout August! Check the Events screen for more info! 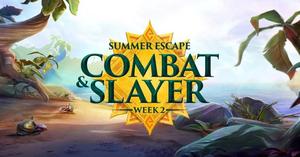 Week 2 of the Summer Escape 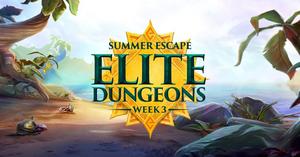 Week 3 of the Summer Escape 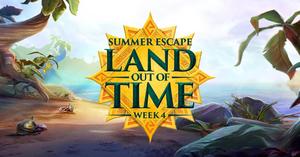 Week 4 of the Summer Escape

Every hour at roughly the 23rd or 24th minute of the hour during Summer Escapes cyan, red, and yellow Balloons dropped around all of the lodestones except Prifddinas and the J-Mod lodestone. They could be burst for a variety of rewards, and remained active for one minute at a time.

Their appearance was notified with the following message: It's summertime! Balloons have appeared at selected lodestones. What might be inside...?

Bursting a balloon awarded one of the following items:

The awarding of a pet was notified with the following message: You've unlocked the Balloon [animal] follower pet!

Ironman accounts could unlock the Balloon animal pets, but not any of the other rewards.