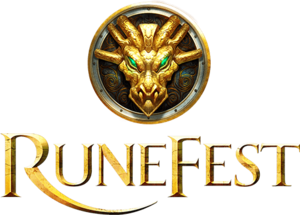 An in-game skillchip hunt coincided with the event.[3]

RuneFest 2017 was held at the same venue as the previous year's event, Battersea Evolution (Battersea Park, London SW11 4NJ). It featured two stages, the Varrock Stage and the Circus Stage, both hosting a range of events throughout the day.

"The Night Before" RuneFest party was again held at Namco Funscape (Westminster Bridge Rd, London SE1 7PB) on 22 September 2017. Attendees had free-play on all arcade machines, plus unlimited bowling, table tennis, and pool tables. A free drink was also provided.[6]

A web application called RuneFest Live was created for RuneFest 2017, designed for both desktop and smartphone users. It features a schedule, map and information on available merchandise.[7]

The event started at 10:30 BST Saturday 23 September, and finished at 23:30 BST the same day. The Varrock (main) stage was streamed live on RuneScape's Twitch channel, whilst the Circus (secondary) stage was streamed live on RuneScape's YouTube channel. Mod Archie and Mod Shauny, along with Old School streamers Skiddler and Ianspam, hosted the livestream. 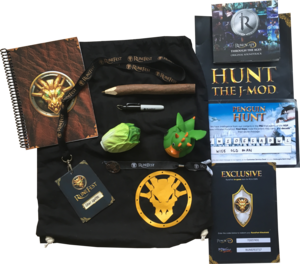 The cosplay voting form, given out by cosplayers.

All times are written in British Summer Time (BST).

As with previous RuneFests, skilling chips are awarded for completing various activities around the venue. This years chips represent various cities and towns. 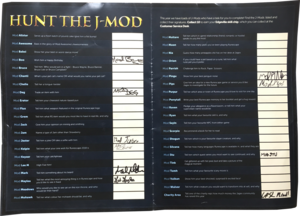 Players were able to purchase RuneScape-themed merchandise at the event.

* On the day some prices were cheaper than originally stated on the app.

A RuneFest display case, a reward from completing the activity.

After 9:00 UTC on 23 September 2017 for the duration of the day, players can collect in-game skill chips by completing 8 different tasks.[3]

To start, players should speak to Skillchipx southeast of Taverley bank, west of the bridge. For each task completed, Skillchipx will reward players with an experience lamp. For completing the whole set of tasks, an extra experience lamp will be given.

A Runefest 2017 task list could also be obtained from Skillchipx to help with keeping track of the tasks.

Logging in during the hunt prompted a pop-up ad and the message Virtual RuneFest is here! Speak to Skillchipx by the Windmill in Taverley for more information! RuneFest noticeboards could also be found in select locations, promoting the event.

Each completed chip rewards a small XP lamp. Completing all tasks rewards a medium XP lamp and unlocks the ability to build a RuneFest display case in the Skill Hall of a player-owned house, which displays all the earned chips. Building the display case requires level 43 Construction, 4 teak planks, and 4 molten glass.

Should any lamp be missed due to a full inventory, they can be obtained by speaking to Skillchipx.