Winter Weekends is a series of events exclusive to members which was held during December 2014. There were five segments, for each weekend in December. All events start and end at 12:00 GMT. 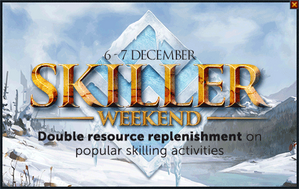 The popup that appeared on login during the weekend.