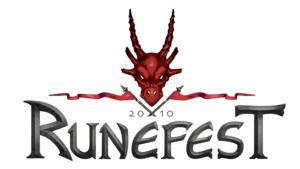 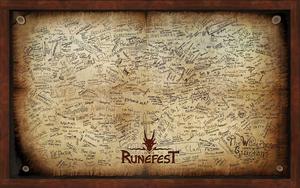 RuneFest tickets went on sale to those who pre-registered on Friday, 30 April 2010. People were given a unique code to purchase the tickets twenty-four hours before general sale and they could buy no more than four tickets per order. Tickets went on general sale on Saturday, 1 May.

Tickets were sold via TicketMaster, both online and on the telephone. The face value of the tickets were originally £75 each[2] (not including £4.95 booking fee and £2.50 for TicketFast, which enabled you to print out your own ticket).

On Friday, 9 July 2010, Jagex announced that tickets to RuneFest had sold out and that all ticket holders would have the full costs of their tickets refunded. Jagex would instead be using money from their marketing budget to cover the cost.

Tickets were printed on 10 August and posted to the address given on purchase. Anyone who had not received their ticket by 21 August were told they should contact Ticketmaster. Anyone who lost their ticket could show identification and their confirmation email at the doors to gain entry to the event.

A code to obtain the flagstaff of festivities was given to those who purchased a ticket to RuneFest 2010. The code was received as soon as a ticket was purchased, rather than codes being handed out at the event.

Jagex announced on 9 August to ticket holders that they will be providing a more detailed itinerary shortly. The full itinerary was announced on 20 August.