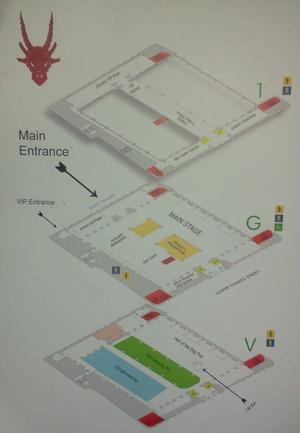 There was a Hallowe'en after party costing £49 which is open exclusively to RuneFest attendees aged 16 and over.

For the first time VIP tickets were available. Jagex have said that the VIP tickets will be "a truly individual weekend with priority seating for all presentations, private insider sessions with senior developers, signed concept art and a private J-Mod staffed area with your own VIP bar". VIP tickets also guaranteed access to the Hallowe'en after party and costs £179.

The Flagstaff of festivities was not renewed for the 2011 attendees, but instead a new dragon-themed headgear item was released, the Runefest 2011 hood. The design for the RuneFest hood was decided in a competition held by Jagex called the Awesome-RuneFest 2011-Item-Headgear-Concept-Competition. The winning design was revealed on 8 September 2011 and was designed by Marikdebie.

At the event[edit | edit source] 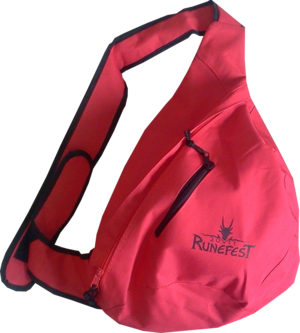 Attendees received a free gift bag, the items inside the bag included:

Skilling chips were awarded for various activities completed around RuneFest, with 8 tokens in total. Upon collecting all 8 and you would receive a golden token, and a free RuneScape keyring from the store. 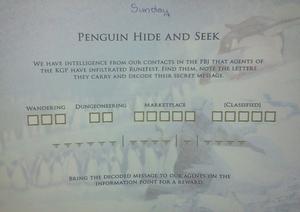 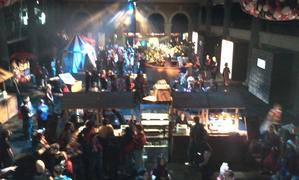 Serving a Selection of Pies & Mash with Gravy.

Serving Roasted Pork & Chicken roll, with crackling & all the trimmings.

1. Add the Pineapple Juice into a cup
2. Add a Squirt of Lemon Juice

Tip: The more Lemon Juice is added, the more the Drink has a "Blast" Feeling to it.

3.Add the Lemonade into a cup, and stir gently.

*Warning* If you are mixing this method in a cocktail mixer, please don't add the lemonade until after the mix, else it will explode. 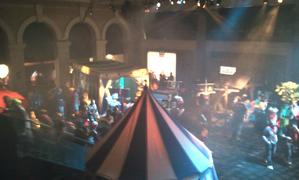 This description is taken from the RuneFest 2011 lanyard, given to players upon entry to the venue:

"If you've spent time in the Clan Camp just north of Falador then you've a pretty good idea of what you'll find at RuneFest's Clan Camp - there's probably no better way to meet with fellow clan members, recruit for new blood or settle old scores.

The Sergeant at Arms, the Scribe and the Captain of the Guard will all be on hand to guide you and introduce you to their creators and the clan community's curators.

The clan tent is the perfect venue for clan meeting. Clan promotions and to show your rival clans who's boss.

And if you feel that no trip to the Clan Camp is complete without the exhilaration of launching a chicken or two. Well, we've got that covered too."

Jad vs Chickens at Runefest 2011

Gather a party of up to five people and then embark on a journey into Daemonheim!

Complete puzzles and tasks that will truly put your Dungeoneering skills to the test. If you are able to answer the final RuneScape riddle. Then prizes await.

Check out some of you vibrant video community's finest work in the Gielinor Picture House. If you're looking to vote in this year's Golden Gnome Video Awards then this is the ideal place to hand out and view the finalist's films in their full glory.

Make some noise for the RuneScape Audio team! No really, head over to the sound booth. Pick a sound from the menu and moo, scream, cluck and roar your way into the RuneScape history books. The recording studio is also hungry for your RuneScape memories and messages. Want to reach out and be heard? Good. Because we want to listen!

Raise your skill levels and unlock the ability to enter the games industry at the HR tavern. Our HR mods are available from 10:00AM - 5:00PM on Saturday & Sunday in The Hair of The Dog Pub located on Level V.

Featuring a variety of player art which has been specially commissioned for RuneFest - browse at your leisure & enjoy!

Build your skill levels in Artisan's workshop by creating your own leather bracelet or carving out a RuneFest Pumpkin - it is Hallowe'en after all!

Is there a quest you want to know more about? Maybe you've a question about an update you've been dying to ask. 'Meet the Maker' and 'Pitch & Feedback' sessions give you the opportunity to meet the team, one on one.

Is there a quest you want to know more about? Maybe you've a question about an update you've been dying to ask. 'Meet the Maker' and 'Pitch & Feedback' sessions give you the opportunity to meet the team, one on one.

Grab a Pen, find some brainy looking fellow RuneFestonians and prepare for The Hair of The Dog Pub Quiz. Your glorious host will begin bellowing the questions at 3PM on Saturday & Sunday.