Ah ha! So you saw my advertisement did you? Roddeck suggested this would be a good way to find some adventurers that have the necessary skills needed for...

Well, never mind about that for now. I warn you though, the test I've created is incredibly hard. I don't want to sound immodest but when I put my mind to a task the results are often astounding. Don't be too hard on yourself if you fail, I doubt even Roddeck himself would find this easy.

If you happen to see any other adventurers you think are up to my mighty challenge, send them my way and I'll see if they are worthy. 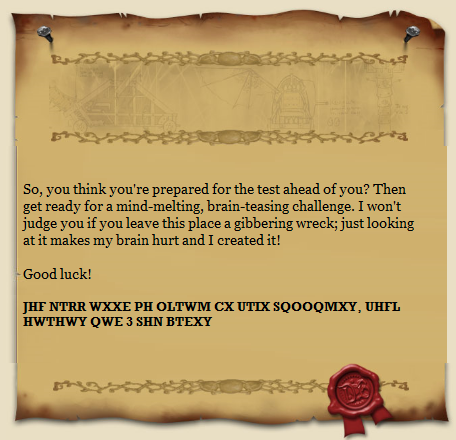 Avalani, daughter of the renowned gardener Gustav shunned life amongst the flowers to follow in her brother "Tim the Wizard"'s footsteps, although she wasn't as interested in Fire Strikes. Little did she know where this path would lead; certainly not to years of research into a non-functional portal located at the Clan Camp. She just couldn't shake the feeling that it was somehow significant.

All knowledge of the portal had disappeared into history and legend. Some say it was actually part of a magic mirror that was smashed after Guthix asked if he was the most beautiful in the land, while others thought that maybe the famed artist Goldy Andsworthy had created it centuries ago. But how does this tie into Avalani's request for help? You shall soon see...

Congratulations on solving the puzzle I gave you, I'm impressed that you managed to solve it so quickly. You are clearly the person I'm looking for to help me!

It's been three weeks since I was given this strange tablet and I'm still no closer to understanding the meaning behind the text shown. It was given to me by a most peculiar stranger. All they said to me was "Justice through his judgement". Useless really, why can't people be more direct? Why is there a need to be so mysterious?

Anyway, to the task at hand; here is the text shown on the stone tablet that I've transcribed for these 'forums'. Can you make anything of it? I certainly can't. 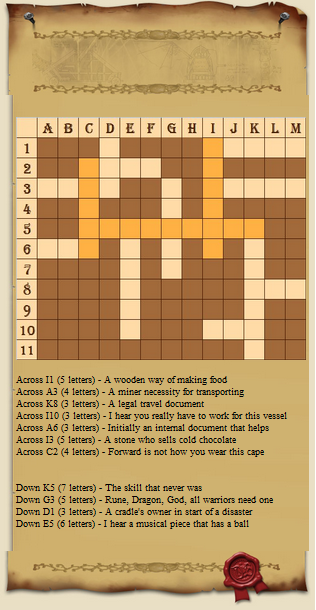 Oh, I almost forgot to mention; when I was examining the tablet I had a strange vision. Perhaps it will mean something to you. I'm quite good with a paintbrush, if I do say so myself. 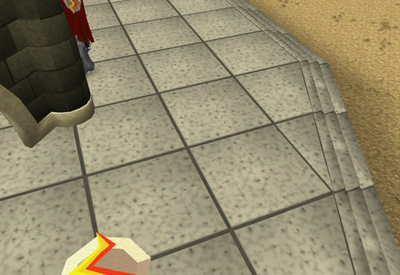 Who would have thought that part of this portal would end up in such a place? And to try and sell it...the travesty! It's just lucky that no-one recognised the worth and power of this item. Why would they though? Until you brought it here it looked like a normal, boring, run of the mill, dull, grey rock. I certainly never expected the results of your find to affect the tablet directly, revealing this diagram.

What do you make of this? The structure of the clue looks familiar, I think this is an older version of the vastly popular "RuneSquares" game; something about no duplicates in each row, column and box or terrible things would happen...

PS. If you're struggling to comprehend or solve the puzzles below, the two grids are called 'Sudoku' and 'Rune-Doku' which I know because I've had some experience with them before. Here is a handy page that will help you if you're not 100% sure. The 'Rune-Doku' is simply a 'Sudoku' with numbers being replaced by runes, the runes are Air Rune, Fire Rune, Water Rune, Earth Rune, Nature Rune, Body Rune, Cosmic Rune, Chaos Rune and Law Rune. Hope this helps! 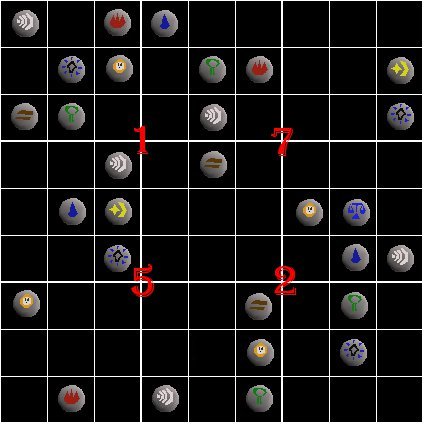 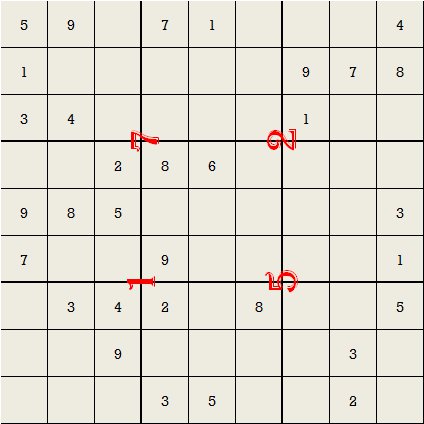 It captures you. It moves you. Then it's done. It tingles in the back of your head, tempting you to chase it. What is it?"

Day Four - "The Shiniest of the Shinies"

Hello adventurer, it's so good to see you again - ready for another I shan't wonder? The wizard was certainly generous in giving up his portal piece. The strange activity is getting more intense as we get closer to finishing the portal. I haven't had enough time to study an active rock to determine what type of magic it is, if it even is magic at all. It's certainly going to be causing some trouble if it gets any more powerful. The tablet has cleared up now and left a bamboozler of a clue, I had a fair idea on the previous clues but I am completely stumped by this one! I was never too good at treasure trails... 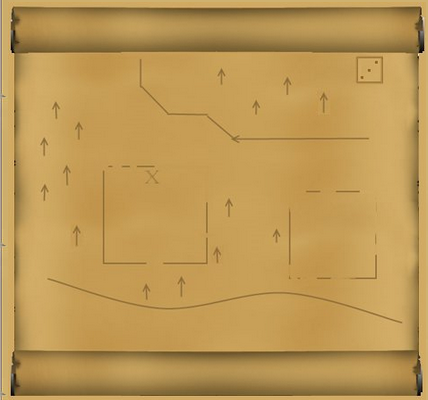 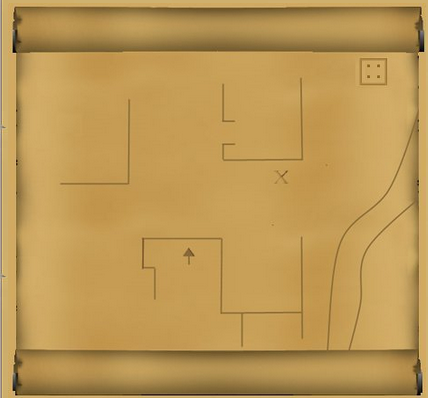 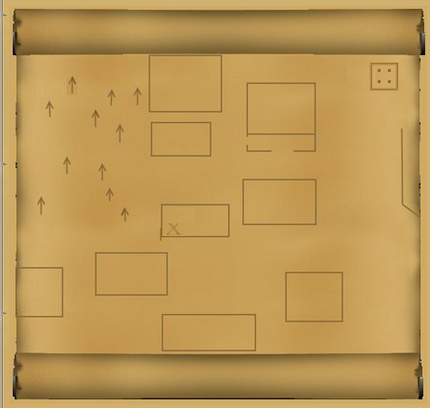 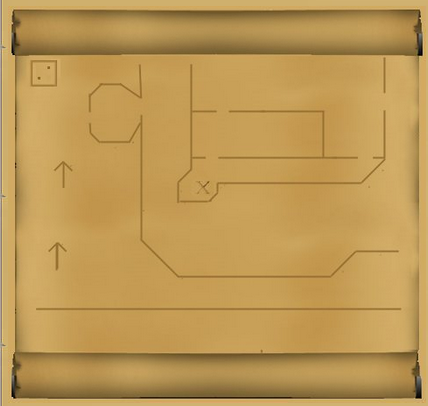 Ah, this appears to be a bit of a recurring problem. Here's another piece of my amazing artwork that came to me through a vision. They're vague, yet also clearer than before; it's enough to give someone a headache! 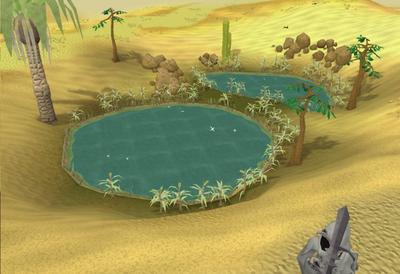 Hello and welcome back to Avalani & Co Adventures, I thought of the name while waiting for the tablet's clue to clear up this morning. I think it really is a good representation of the amount of effort that we've put in to discovering the secret of the portal.

I was surprised at the side effects of having one of the portal pieces nearby, making things shinier than they would normally appear would certainly be a valuable magic. Due to the potency of these rocks, I can only foresee that obtaining the final pieces of the portal will be a challenge. There are other scholars, historians, wizards and - shall we say - entrepreneurs out there who would desire to have such abilities.

The latest clue has revealed itself on the tablet. Keep your wits about you; it's not only what you cannot see but also what you can see. (See, I'm getting good at this cryptic stuff!)

The Gods toy with us, ferrying their messages to and fro. 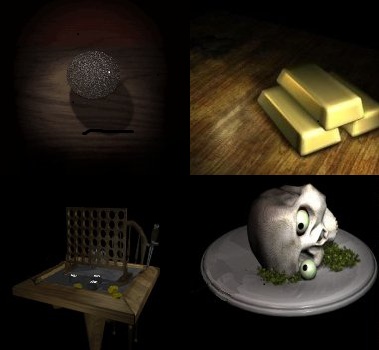 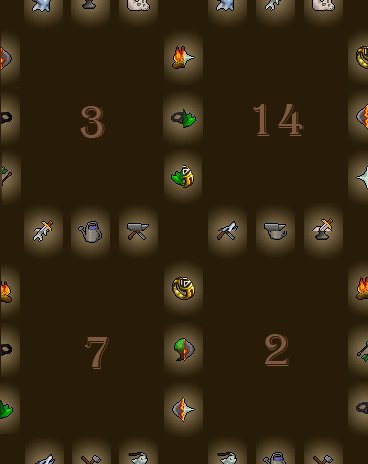 I had a vision, I'm an amazing painter - we both know the drill by now. Our priority must be completing the portal! 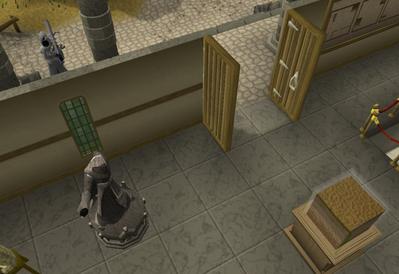 Day Six - "Justice through his judgement" This is it. This is the day that all of my years of research and investigating can finally come to an end. It's almost a sad day for me; my research is what has kept me going for so many years. Whatever shall I do... Regardless, we need to get the portal finished and find out where it leads. My studies have led me to believe that it isn't to somewhere dangerous but I am not 100% on that. With a mysterious stranger, sparking rocks and stone tablet that can change itself at will - it's going to be something magnificent whether for good or evil. I'm hoping it's good though.

*you interject* When we open the portal to the wonderful gold-piece dropping tree realm, we'll be rich. Rich beyond our wildest dreams! It's amazing that you can even get out of bed in the morning never mind solving these clues. Here's the final clue, I hope you're up to the challenge. 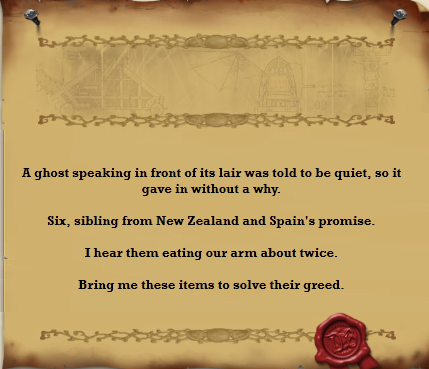 I'm hoping this *is* the final clue, not only are the visions a little distracting but I'm beginning to run out of paint. Here is, hopefully, the final vision. 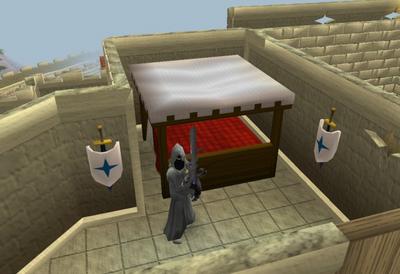 Day Seven - "Thanks for all the rocks"

Thank you so much for solving the clues and retrieving the portal pieces; the portal is close to fully repairing itself I think. I hope that you enjoy the reward that I gave you, it was the least I could do.

During the night, I had another strange vision but this time it wasn't of the world of RuneScape that we both know and love. This was a vision that I have only imagined but does look like what I have been studying for a number of years. Vast 'Citadels' in the sky, bastions of Armadylian power from an era long lost to us. I am not certain about this so I cannot go in to great detail at the moment, we will know more when the portal has finished calibrating and we step through. What do you think? 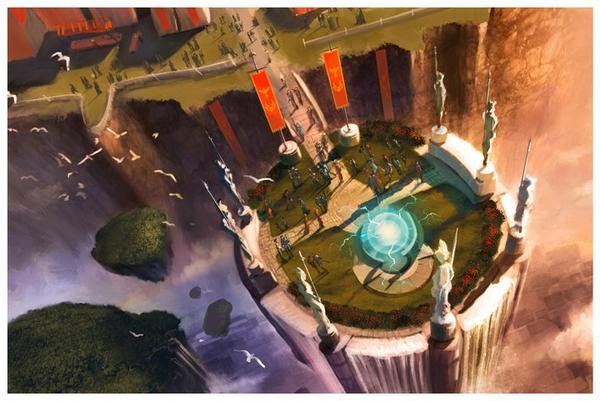 I'll continue to ensure that the portal is calibrated and I'll be here ready for when it is done. If I am correct about the 'Citadels', then it certainly would make a fitting home for the clans that have been created here at the Clan Camp. You will need to align your clan to a 'Citadel' through an ancient ritual but don't worry about that now, should the time come I have all the necessary scriptures to ensure a safe ritual - no-one will need to be sacrificed.

You should return tomorrow to me at the Clan Camp to see if anything has changed. For now, so long and thanks for all the rocks.

After finishing all clues and talking to Avalani, you will get:

If you lose any of those items they can be re-obtained by speaking to Diango.