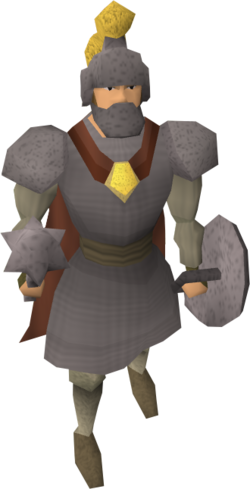 Sir Kay is one of King Arthur's knights. Players must help him break out of jail in the King's Ransom quest. He may also be involved in a clue scroll.

Sir Kay is the seventh of the Knights of the Round Table to appear in the Knight Waves training ground activity. His attacks will temporarily lower the player's Defence level. He is vulnerable to crush attacks.