Mr Ex is found in Edgeville, just north of the bank. He will give the player a Wildstalker helmet when talked to and return it free of charge should they lose it. He used to be the greatest and bravest warrior of the Wilderness, but now he is nervous and scared of the Wilderness and cowers and stands in fear just south of it.

Like Kolodion, Mr Ex will also return a lost Wilderness sword 4 for 100,000 coins.

All ironmen (regular and hardcore) can purchase the book of diplomacy from him for 50,000 coins, which can be used to remove ironman status from the account.

Alternatively, he can be told to never sell the player the book, which effectively makes the account an ironman permanently.

Hardcore ironmen can purchase the jar of divine light from him for 100,000 coins. This will automatically activate upon the loss of the final life of the hardcore ironman, and will convert the account to regular ironman status.

Sealing the jar prevents his opening it via dialogue, so the player will only become a regular ironman upon death. Additionally, sealing the jar also stops him from selling the book of diplomacy.

Hardcore ironmen can also purchase divine coins from Mr Ex. These grant the player one extra life each, allowing them to die without losing hardcore mode. He only sells two coins: the first requires 1,000 total level and costs 100,000 coins; the second requires 1,600 total level and costs 10 million coins. The amount of lives a player has left can be checked in the Items Kept on Death menu by clicking on the 'Death information' button in the lower right corner. 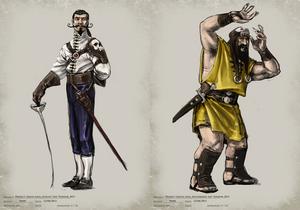