From the RuneScape Wiki, the wiki for all things RuneScape
Jump to: navigation, search
Clan Cup plaque? (edit) 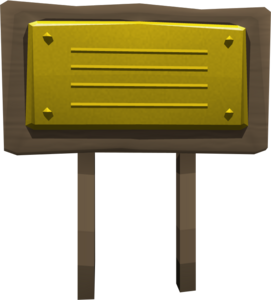 The Clan Cup plaques are trophies erected to commemorate the previous and current winners of the Jagex Clan Cup which is held every year. The plaque shows the current holders of the title in the respective category as well as the title holders from previous years. There are currently three plaques in RuneScape. They can be found in:

All the plaques open the same interface, so you aren't required to go to a specific one to read a specific piece of information.

The Victorious Winners of The 2014 Jagex Clan Cup