Quick guide for Children of Mah

From the RuneScape Wiki, the wiki for all things RuneScape
< Children of Mah
Jump to navigation Jump to search 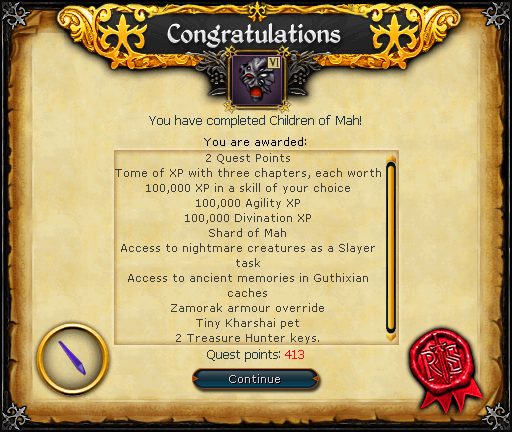 The first two weeks after the release players were rewarded an additional chapter in Kharshai's journal as an Early Bird Bonus.

Children of Mah is directly required for the following quests/miniquests:

It is therefore an indirect requirement for the following quests and miniquests:
Retrieved from ‘https://runescape.wiki/w/Children_of_Mah/Quick_guide?oldid=35677062’
Categories:
Hidden categories: