Quick guide for Ritual of the Mahjarrat

From the RuneScape Wiki, the wiki for all things RuneScape
< Ritual of the Mahjarrat
Jump to navigation Jump to search

Items recommended: Food and armour as well as protection against dragonfire

It is highly recommended to have auto-retaliate off for this portion of the quest. Minimum graphics may also make it easier to see the safe areas. 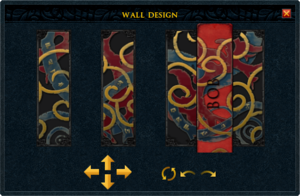 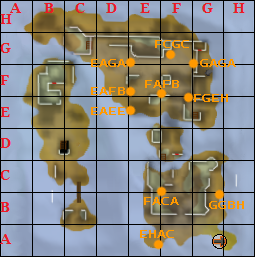 Setting up the site[edit | edit source]

A map of the Ghorrock locations 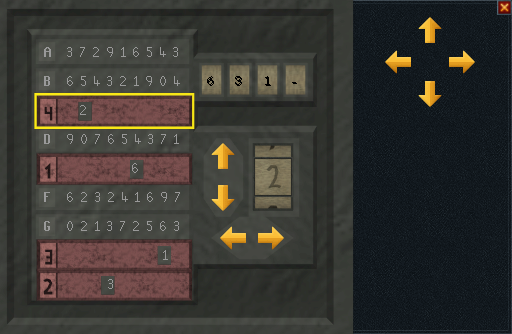 An example of the puzzle. The code reads EIHC, thus the final strip must be placed on the C, revealing that the number is 2.

Searching for the Stone of Jas[edit | edit source]

Before doing this part, make sure to prepare for the final fight.

Using an overload or any damage curses will cause you not to be able to hit, as it interferes with the Stone of Jas buff. 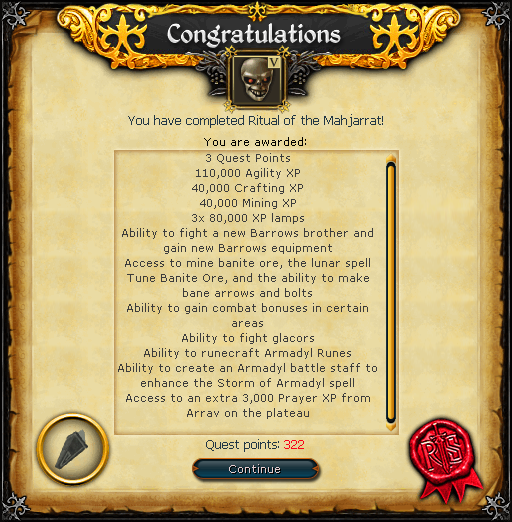 Ritual of the Mahjarrat is directly required for the following quests/miniquests:

It is therefore an indirect requirement for the following quests and miniquests:
Retrieved from ‘https://runescape.wiki/w/Ritual_of_the_Mahjarrat/Quick_guide?oldid=35823566’
Categories:
Hidden categories: