Quick guide for City of Senntisten

From the RuneScape Wiki, the wiki for all things RuneScape
< City of Senntisten
Jump to: navigation, search

See the map section below for a helpful map of the area.

The dark drawers need to be opened, the open drawers will look like a capital I 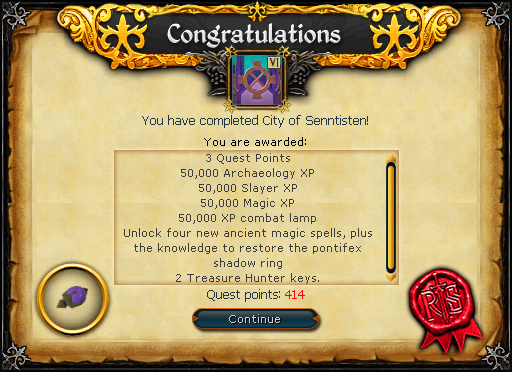 City of Senntisten is not currently required for any quests or miniquests.