Quick guide for The Light Within

From the RuneScape Wiki, the wiki for all things RuneScape
< The Light Within
Jump to navigation Jump to search

There are three rings in the puzzle: outer, middle and core. To solve the puzzles, rotate any crystal from each ring as many times and in the direction specified below. 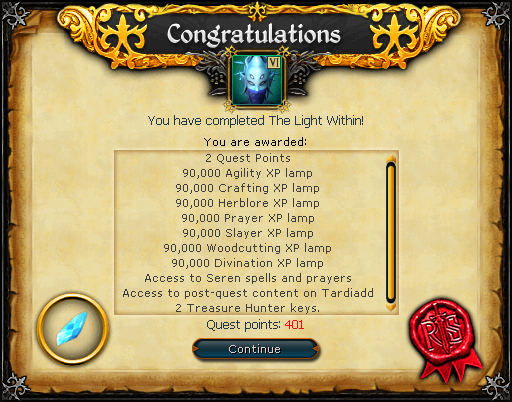 The Light Within is directly required for the following quests/miniquests:

It is therefore an indirect requirement for the following quests and miniquests:
Retrieved from ‘https://runescape.wiki/w/The_Light_Within/Quick_guide?oldid=35835490’
Categories:
Hidden categories: