From the RuneScape Wiki, the wiki for all things RuneScape
< Sliske's Endgame
Jump to: navigation, search

Items needed: Weapon to defeat Nomad
Items recommended: Armour, food, a teleport to the Heart of Gielinor; such as The Heart teleport or a Desert amulet 2 or above, an Armadylean token or Clan vexillum for quick access to Armadyl's tower, a charged Wicked hood or Mind altar teleport for quick access to the Black Knight's Fortress

The location of the puzzle rooms are constant, but the puzzles themselves are different for each player. 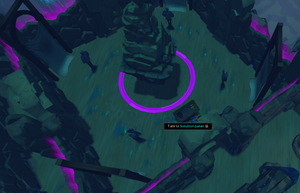 An example rotation puzzle, with the Solution panel visible

If you get a rotation puzzle, then you need to: 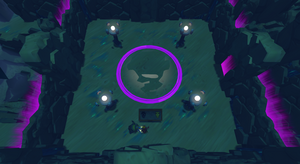 An unsolved version of a projection puzzle. 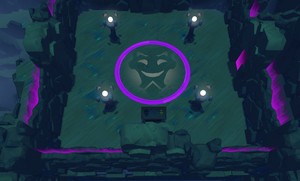 The solved version of a projection puzzle.

If you get a projection puzzle (one large Sliske face on the floor) then you need to:

If you get a room with shadow casters and the command Take Mask is visible when you rollover a caster, then you need to:

If you get a room with a spotlight then you need to stand in the spotlight till the bar fills up.

Note: This part of the fight can be extremely difficult. It is highly recommended to stand between the middle and western rifts at all times, beginning while Sliske is talking. This prevents Linza from attacking throughout the fight. 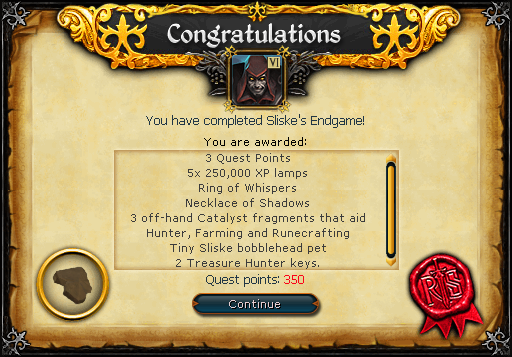 It is therefore an indirect requirement for the following quests and miniquests:
Retrieved from ‘https://runescape.wiki/w/Sliske%27s_Endgame/Quick_guide?oldid=35395240’
Categories:
Hidden categories: