From the RuneScape Wiki, the wiki for all things RuneScape
< Plague's End
Jump to navigation Jump to search

See the main quest article for the strategy to solve the puzzles and defeat the monsters in between waves.

For stages 1–5, It is best to work in reverse with the mirrors' beam (predicting the beam of light from the Seren seal) up until the stages with locked mirrors. 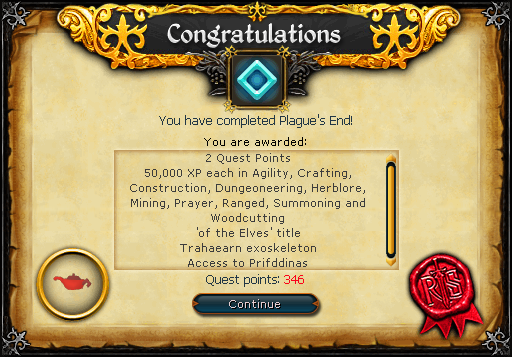 Plague's End is directly required for the following quests/miniquests:

It is therefore an indirect requirement for the following quests and miniquests:
Retrieved from ‘https://runescape.wiki/w/Plague%27s_End/Quick_guide?oldid=35713340’
Categories:
Hidden categories: