From the RuneScape Wiki, the wiki for all things RuneScape
Jump to navigation Jump to search
Mal'kossWarpriest? (edit)? (edit) 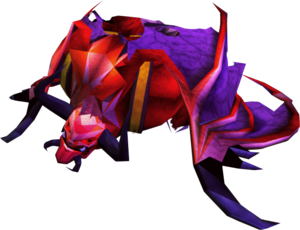 Mal'koss, briefly disguised as a warpriest, was an avernic demon who sided with the Mahjarrat general Zamorak during his betrayal and ultimate assassination of the deity Zaros during the Second Age. During Children of Mah, he is encountered in Kharshai's memories of the betrayal, disguised as a female human warpriest. After his disguise is revealed, he is found to be a traitor, and Azzanadra orders Kharshai to either spare him or execute him. Regardless of player's actions during the memory, Kharshai executes him.