From the RuneScape Wiki, the wiki for all things RuneScape
Jump to navigation Jump to search
The Old School RuneScape Wiki also has an article on: osrsw:Lowerniel Drakan 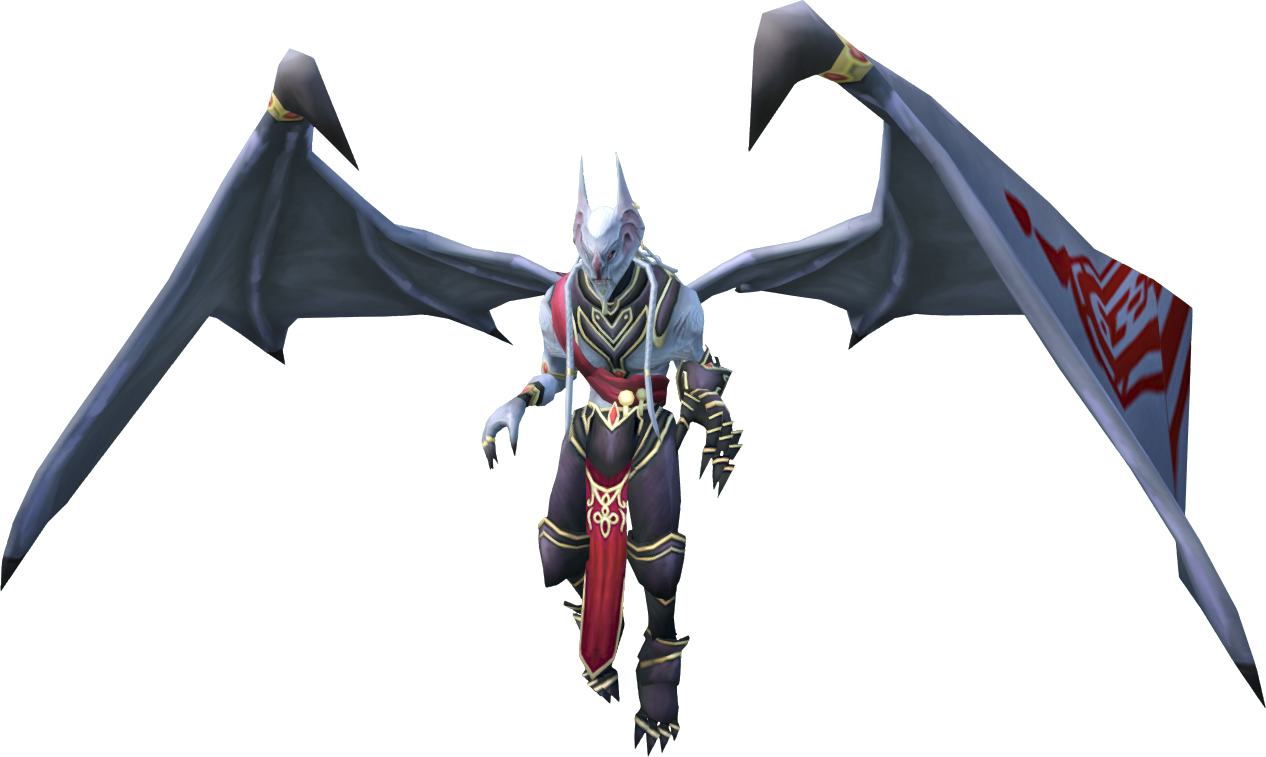 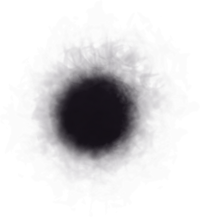 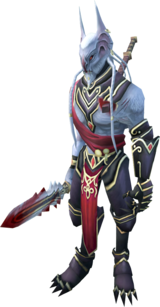 He was the vampyric overlord and conqueror of the majority of the Morytania region. Drakan has adopted many titles to assert his authority, amongst them Prince of the Blood and Regent of the Sanguine Fields.[1] He has also been referred to as His-Dark-Self and The Dark Lord. One of the most powerful vampyres to have ever set foot on Gielinor, he has, since the Second Age, been an active force in various military operations, having been allied to both Zaros and Zamorak.

Lord Drakan's age is unknown, but the first accounts of his existence date back to the early Second Age, making him at least 8,000 years old. The enigmatic nature of the vampyric race leaves his origins in question, but it is known that he was brought to Gielinor from the realm of Vampyrium by Zaros, the god of control. The exact details of this realm are a mystery, however.

After arriving, Drakan allied himself with Zaros, who deployed his demonic, vampyric and human legions to establish a large empire in an attempt to stop the other present gods' warring.[2] Although he likely served Zaros for more than a thousand years, Drakan did not wish for the vampyres to make peace and he aided the Mahjarrat Zamorak in his rebellion against their master, leading to Zamorak's ascension to godhood and Zaros' departure from the world. Soon afterwards, Drakan commenced an invasion of the eastern nation of Hallowvale during the Third Age. While the exact motives for this are unknown, it is known that, in exchange for his assistance in the rebellion, Zamorak had permitted the vampyre to do so.[3]

Drakan conquered Hallowvale, overwhelming its human and Icyenic inhabitants, and renamed the region Morytania, transforming its capital into a blood-farming ghetto and corrupting the entire land. His reign has been marred by violence, including, amongst countless others, the Fall of Hallowvale, the Misthalin - Morytania War, the Morytania Campaign,[4] and the Sanguinesti Liberation War. Additionally, his actions indirectly led to the Zamorakian Insurrection following the War of 164, although he was not involved with that, unlike his sister Vanescula and the vampyre noble Tenebra.

As of 169 of the fifth age, Drakan was killed on the roof of his castle by an adventurer, who recently secured the help of The Myreque and Vanescula herself. The Myreque and their allies have caused the deaths of many vampyres, including Dessous, Vanstrom Klause and Lowerniel's two brothers, Draynor and Ranis.

Despite his immense importance to both ancient and modern history, Drakan has managed to remain unseen by the public eye during much of his reign until The Lord of Vampyrium. 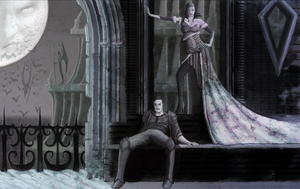 A portrait of Drakan's siblings Ranis and Vanescula; Lowerniel himself is not present, although the moon is believed to bear his visage.[5]

Drakan's family encompasses the whole of House Drakan. Since establishing Morytania, Drakan has made his family name an inherent title to rulership of the nation, spawning at times a limited version of feudalism. For example, the werewolf village Canifis is governed by Lord Malak, a high-ranked vampyre noble.[6] Given the size of House Drakan, Lowerniel seems to have, or has had, a sizeable direct family. However, what exactly entails a blood relationship between vampyres might be more complicated than for other races.

Drakan's only known siblings are Draynor, Ranis, and Vanescula. Count Draynor enjoyed relative prosperity in Morytania until the Misthalin-Morytania War. During the war, Draynor was cast out "for his cowardice," leaving him in Misthalin in a weakened state, along with his servant Ruantun.[7] In the Fifth Age, he was slain by an adventurer, while Ranis was killed by Vanescula, who was working with the same adventurer and the Myreque. This latter event, coupled with the death of Vanstrom Klause, invoked Lowerniel's rage. Lowerniel finally met his end by the hands of the Myreque Lieutenant.

Transcripts Lowerniel Drakan is the author or co-author of: