From the RuneScape Wiki, the wiki for all things RuneScape
Jump to navigation Jump to search
"Cache" redirects here. For the collection of files, see Jagex cache. For the Archaeology material caches, see Material cache. 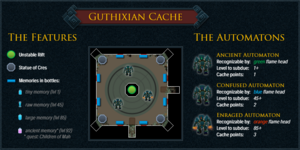 The fastest way to get to an open energy rift is by using a sixth-age circuit, unlocked as a reward by completing The World Wakes, to teleport to the World gate, using the gate to access the Elder Halls and then using the energy rift inside the halls to enter the active cache (this also requires the Fate of the Gods quest). The second fastest method of accesssing an energy rift is by using ring of duelling to teleport to the south Feldip Hills and running north. Third fastest is teleporting to Falador via the lodestone and then running east. 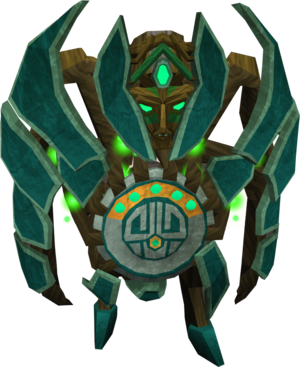 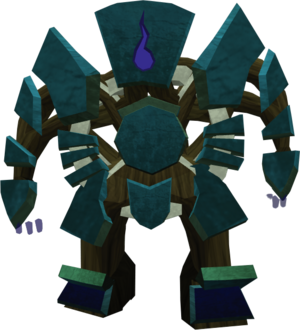 Just before transforming from Cres' form back to human form, if the "subdue all automatons" ability is available, use it so that you can quickly deposit memories in human form without automatons' interference.

When time is running out and you have not reached 100 points while in Cres' form, use "subdue all automatons" to give you a burst of points for any active automatons.

The experience reward is given according to level and the amount of points obtained during the cache. The game can be played as many times as desired however the maximum points earned in a day is capped at 200 and the points in one cache is capped at 100. The daily cap of 200 points can be reset with a Distraction & Diversion reset token (daily) allowing the player to get another 200 points. Players can determine how much experience they will earn by hovering the cursor over the points. The experience rewarded is not boostable.

If the player doesn't own the full diviner's outfit set, there is a chance they will receive a part they don't own upon completing a cache (including ironmen). The chance of receiving a piece is 0.5% per point that the player scores within the cache (50% at 100 points, 40% at 80 points, etc.). You have to score at least one point to have a chance at earning an outfit piece. Pieces can only be obtained if the player receives experience from the cache.[1]