From the RuneScape Wiki, the wiki for all things RuneScape
Jump to navigation Jump to search
Customs Sergeant? (edit)? (edit) 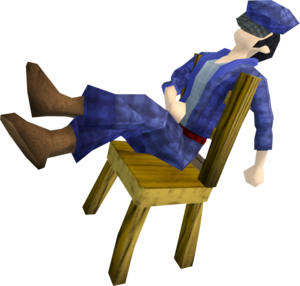 The Customs Sergeant is located in Rimmington in the Customs Office, located at the south end of the town. He plays a minor role in the Rocking Out and Pieces of Hate quests.

During Rocking Out, he has the player arrested under Article 4 of the Maritime Law[1] when his questions to identify whether the player is a pirate are all answered correctly.

After being under the impression that the arrest will help him obtain a promotion,[2] he orders the player to store all their items into the locker so that it may not be used as tools for escape, and also to be processed as evidence by bankers.[3][4]

Similarly during Pieces of Hate, he arrests the player based on a false confession they made in order for them to access Rock Island Prison and aid Bill Teach. 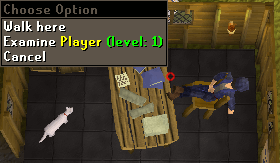