From the RuneScape Wiki, the wiki for all things RuneScape
Jump to navigation Jump to search
King Slime? (edit)? (edit) 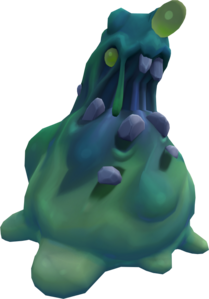 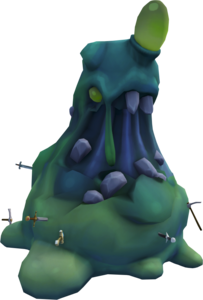 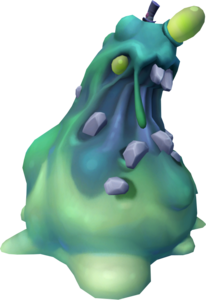 King Slime is a large slime that occasionally terrorises Rimmington. It first featured in the Treasure Hunter promotional event, Slime is of the Essence, and then was set up with Queen Slime during the Once Upon a Slime quest.

The King Slime was an accidental consequence of Peter dumping his failed experiment of gourmet, sweetened lime, gelatinous dessert in the well of Rimmington, which fused with an unknown element deep within it.[1][2]

With the assistance of the player, Barry and Paul, the King Slime is finally banished into a magical rift.[3]