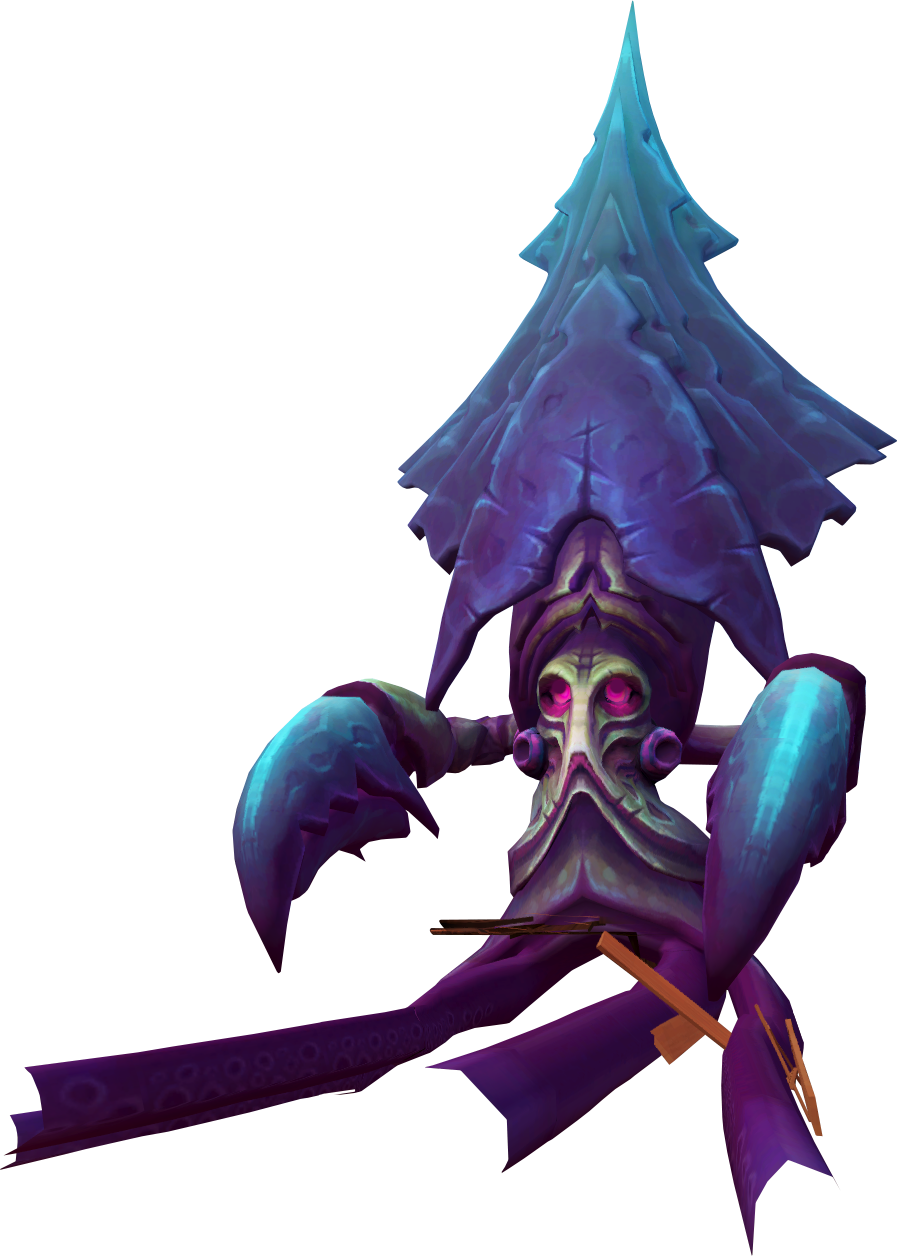 Zogoth is a monster fought during the quest Pieces of Hate. It is almost identical to Agoroth, and is controlled by Captain Rabid Jack.

It is recommended that players use the highest tier of equipment they have access to.

In general, players with access to equipment and Curses should not need food for this fight, as their armour will reduce damage taken, and using Soulsplit or Deflect curses will further negate any damage taken. That said, it is still recommended to take some food for the fight.

For players without access to tier 90 equipment, it is recommended to take high-healing food, such as Rocktail or Sailfish, and, if the player has access to them, Overload potions, to increase damage output. These players should wear the best level of armour they have access to.

All players should take a one-click teleport, such as the Ectophial, in case they miss several attacks and run out of food, or simply need to leave the fight for any other reason, as it is not possible to leave other than teleporting, dying, or winning.

At the beginning of combat, much like its living counterpart Agoroth, Zogoth attacks with four tentacles, which must be attacked and reduced to one lifepoint, at which point the tentacle will retract and drop the player's pirate allies. Once all four tentacles have been damaged, the main body of Zogoth will appear. Again, like its counterpart, the main body takes up one end of the ship, and it is from that point that melee attacks and special attacks will be launched.

If standing towards the back half of the ship, Zogoth can slam down tentacles onto the player and deal typeless damage. These can be dodged, however are tedious to do so, hence why it is suggested to stay in melee range.

Its attacks include a water jet that knocks players to the back of the boat where the boss fight is situated. It also has a melee attack, but will only use it when in range. The water jet sprays a stream of water from one side of the ship to the other. It will only reach the half of the ship closest to Zogoth, so it can easily be avoided.

At half and quarter health intervals, Zogoth will temporarily shield itself from attacks and spray acid from above. The shield blocks direct damage from player, however area of effect attacks (such as Death's Swiftness or Sunshine) and damage over time effects (such as Combust or Dismember) may continue to harm him. The damage from acid sprays can be avoided by running away from shaded spots.

Zogoth is also able to summon minions, including a range and melee minion. The melee minion will attempt to attack the player within melee range, so will try to move to the player, if the player is attacking Zogoth with ranged or magic attacks, it is possible to kill the melee minion before any damage is taken.

The range minion, however, will attack the player from the opposite end of the ship to where Zogoth is. It is best to ignore this minion if attacking with melee, as entering melee range (including halberd range) can cause a tentacle to appear, which will hit the player for typeless damage until either the player retreats or dies. If the player retreats, the tentacle also retreats.

If a player finds that they are taking a large amount of damage from these minions, it is suggested to attempt the fight with magic attacks, as this will allow the player to kill the ranged minion, while themselves being out of range of the tentacle attack.