From the RuneScape Wiki, the wiki for all things RuneScape
Jump to: navigation, search
Living rock remains? (edit) 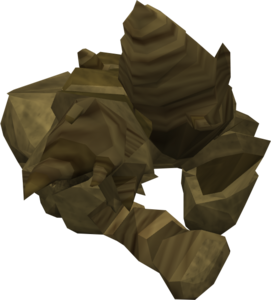 Living rock remains can be mined if someone else kills the Living Rock Creature, but players must wait 1 minute to do so. The best place to do this is in Worlds 77, 84 and 88 because of the mass amounts of people mining Concentrated Gold and Concentrated Coal. These worlds can also be good worlds to fish Rocktail and Cavefish.