The Vyre treasurer allowed bank access in the vampyre city of Darkmeyer. Players need to gain access to upper tier of the city by gaining Darkmeyer status points during The Branches of Darkmeyer quest in order to use his services.

Most of the time he could be found inside the building with the bank icon in Darkmeyer, but he'd also leave the house and wander outside. It was possible to access the bank even when not fully disguised, as long as no hostile vyres were in the general vicinity. 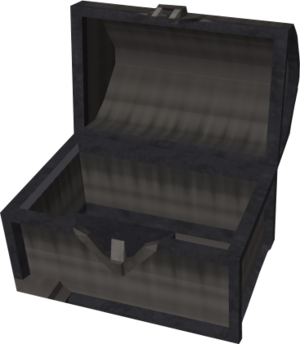 This information has been compiled as part of the update history project. Some updates may not be included - see here for how to help out!
Retrieved from ‘https://runescape.wiki/w/Vyre_treasurer?oldid=35686518’
Categories:
Hidden categories: