Vampyres are bat-like beings who originate from Vampyrium. They are the dominant race of Morytania, and are mostly found in the Sanguinesti Region. They live on human blood, and force all residents of Morytania to pay a blood tithe. After the Misthalin-Morytania War in the Fourth Age, the vampyre race was trapped in Morytania by the River Salve, which was blessed by the Seven Priestly Warriors. The conclusion of the Sanguinesti Liberation War in year 169 of the Fifth Age resulted in true-born vampyres once again having the freedom to leave Morytania, although human-born vampyres will be cured of their vampyrism if they attempt to leave.

The vampyre race is comprised of both true-born vampyres, who were born on Vampyrium, and humans that have been converted through a process known as vampyrisation. The process of vampyrisation seems to cause the host to lose parts of their former personalty, as shown with Vanstrom Klause. Human-born vampyres make up the majority of vampyres in the Sanguinesti region.

Among humans there is a widespread myth that Vampyres are undead creatures, but they are actually fully living beings.[1]

Originally a predatory race, vampyres thrived on instinct and hunted for survival on Vampyrium. Tribes separated the species into different groups, where leaders were chosen based on strength. Each tribe preferred blood of a specific style, as detailed in A Taste of Hope.

Upon Zaros' arrival, the concept of civilized society was brought over which drastically changed the vampyres' way of life.[2] The drastic change of society threw the tribes into a civil war where 8 tribes eventually emerged victorious. The 8 tribes reformed into houses which formed a new aristocracy unifying the vampyres.[3][4] Uplifted, the vampyres pledged fealty to Zaros, and would eventually follow him to Gielinor in its Second Age, where most of the vampyres remain to this day. It is unknown if any vyres stayed in Vampyrium.

The Vampyre lord Lowerniel Drakan aided Zamorak in his rebellion against Zaros at the end of the Second Age. In return, Zamorak promised him the entire region known as Hallowvale.[5] After the rebellion, the vampyres conquered the region from the Icyene in the early-to-mid Third Age.[6] The Vampyres remained allies of Zamorak for much of the third age, but near the end of the age Lord Drakan betrayed him, and most of the vampyres withdrew to Morytania, the land previously known as Hallowvale. [7]

Currently, House Drakan is the strongest of the houses and rules over Meiyerditch. Sometime between the Second and Fifth Ages, Lowerniel Drakan ordered for the destruction of House Pyrah because of their "abhorrent" practices which did not belong in a modern society. He also weakened House Ghrazi by turning clipping the wings of all vyres belonging to that tribe due to their "aggressiveness", which too did not belong in a modern society.

Vampyre Juveniles are the first and weakest stage of human-born vampyres. If players speak to the citizens of Sanguenesti, they will reveal that juveniles are "probably converted from some sort of a bipedal creature". which hints towards a human origin. They can be found in the woods east of Burgh de Rott, and in Meiyerditch.

Players can kill them with any weapon, but those in Meiyerditch must be damaged with a silver weapon, and killed with the Guthix balance potion. When the potion is not used, they will transform into vapour form, and escape.

Vampyre Juvinates are second stage human-born vampyres that have been initiated into an order, which makes them immune to any weapon that isn't made of silver or blisterwood. They are stronger than vampyre juveniles. They turn into fog and retreat unless the player uses a Guthix balance potion on them.

Vampyre juvinates often do dirty work for the vyrewatch, such as collecting blood tithes, ambushing travellers, and guarding the mines. They are located east of Burgh de Rott, in Meiyerditch, and all over Morytania during Temple Trekking.

Vyres are comprised of true-born vampyres and the final stage of human-born vampyres. Forming the upper class of the Sanguinesti Region, Vyres such as Vyrelords and Vyreladies usually reside in Darkmeyer. Many vyres also reside in Meiyerditch, supervising the city in vyrewatch patrols. They have limited shapeshifting abilities and appear to have at least three forms: humanoid form (Resembles a fanged, tall, pale-skinned human), vapour form, and vyre form (Resembles a large, anthropomorphic bat-like creature). Unlike their lesser counterparts, they have the ability to fly, and are immune to all known weapons except the Ivandis flail, blisterwood weaponry, and the Sunspear.

Feral vampyres are human-born vampyres that have reverted to a feral, animalistic state. This causes it to lose its affinities to most weapons. Feral vampyres can be found in the Haunted Woods and the God Wars Dungeon. They are a result of using a Guthix balance potion on juveniles and juvinates.

If an icyene or part-icyene is converted into a vampyre, they will develop into a wyrd. Wyrds are larger than other types of vampyre, are characteristically strong-willed and resistant to authority, and harbour a visceral hatred for creatures of light (including, ironically, icyene).

Safalaan becomes a wyrd during River of Blood, and is the only one who has appeared in-game.

Venators are True-born vampyres who have either devolved or remained on Vampyrium after Zaros's departure. They resemble the original form of vampyres before the arrival of Zaros and thrive on predatory instinct. 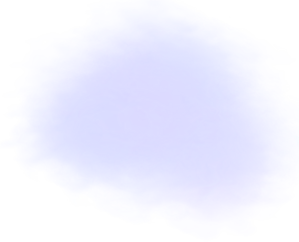