From the RuneScape Wiki, the wiki for all things RuneScape
Jump to: navigation, search
Photo booth? (edit)? (edit) 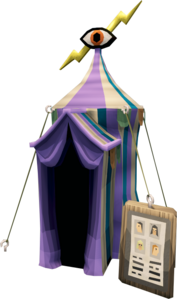 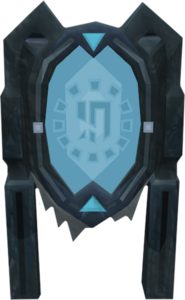 The photo booth is a members-only feature that allows players to take an in-game photo of their character's head for use as an avatar on the RuneScape forums and in RuneMetrics. One booth is located at the south-west corner of the Falador outer wall, next to the Makeover Mage. With level 5 Dungeoneering, players can also take a photo in Daemonheim by building a photo booth in the start room hotspot. No materials are required to build it, and it can be built at any Construction level.

If a player has completed the Tirannwn Tasks, and while wearing the Tirannwn quiver 4, they can take a picture as any of the current eight Elven clan leaders.

A photo booth also appeared in Lumbridge during RuneFest 2017 as part of the skillchip hunt. Players were required to take a selfie with a staff of air in order to cross an item off the Runefest 2017 task list. It was removed after the event.

The photo booth has a few restrictions in place, to ensure it works smoothly. In order to limit players who constantly change their mind about the photo, this action can only be done again at least two hours after the last visit to the photo booth. Also, no lent items can be taken into the photo booth, only items that the player owns. This has lead to some scams in which players ask others to give them valuable items, such as partyhats, through trust trading to take a photo.