From the RuneScape Wiki, the wiki for all things RuneScape
Jump to: navigation, search
The Old School RuneScape Wiki also has an article on: osrsw:Pox
Pox? (edit)? (edit) 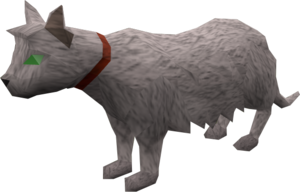 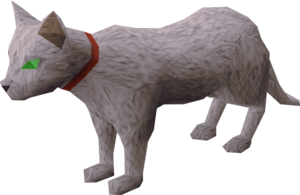 Pox is a cat belonging to Hooknosed Jack, a strange man located outside the Dancing Donkey Inn in south-eastern Varrock.

During the Rat Catchers quest, the players must poison a wedge of cheese in order to kill some rats. However, Pox ended up eating one of the rats, which in turn, made him sick. The dilemma is then solved by obtaining some Cat antipoison and using it on Pox.

He is found by the manhole close to Hooknosed Jack in Varrock, and inside the warehouse full of rats during the quest.