From the RuneScape Wiki, the wiki for all things RuneScape
Jump to: navigation, search
Tormented mask of Icthlarin? (edit)

The tormented mask of Icthlarin was a rare, limited-time Squeal of Fortune prize that required level 15 Defence to wear. Occasionally after killing a monster while wearing the mask, a lost soul would appear, which could be clicked on to gain Prayer experience equal to 48% of what can be gained from a small XP lamp. This could be done 20 times before the mask's charges were used up, and it would revert to the Mask of Icthlarin, which has no function.

This item returned during the 2015 Hallowe'en event at a price of 600 Candy corn. 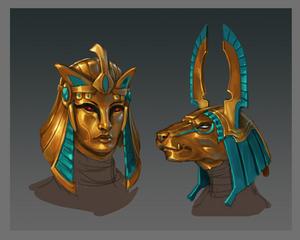 The item was once again made available from Ancient Relics.