From the RuneScape Wiki, the wiki for all things RuneScape
Jump to navigation Jump to search
This article is about the overall story of the game. For other uses, see Cannon (disambiguation).

Canon is a term applied to most franchises with one or more possible storylines, and refers to which of them is the official one to follow. In RuneScape, canon may be used to describe the correct or official way the world of Gielinor functions, or how things or people in the game run and act.

Jagex tries at every possible opportunity to keep to the established canon,[1] but there is still dispute about certain subjects, especially on sketchy and highly-speculated subjects, such as the history of gods like Zaros and the Menaphite Pantheon. 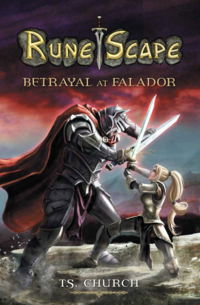 Novels such as Betrayal at Falador are almost entirely canon.