From the RuneScape Wiki, the wiki for all things RuneScape
Jump to navigation Jump to search
The Old School RuneScape Wiki also has an article on: osrsw:Butterfly
For other uses, see Butterfly (disambiguation).
Butterfly? (edit)? (edit) 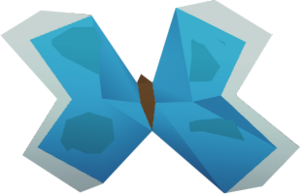 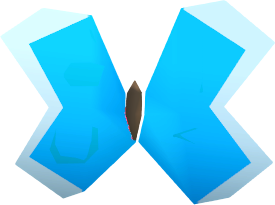 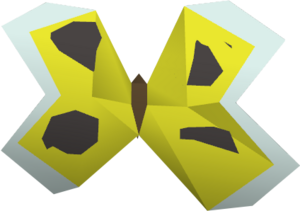 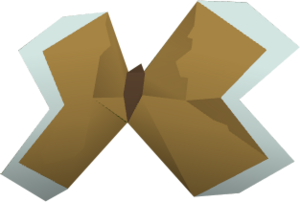 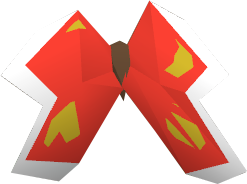 Butterflies are non-interactive characters that can be found flying around in a variety of places around RuneScape. There are a number of varieties, but they only differ in appearance and examine text. Players may use a wily cat to chase and kill most butterflies in order to exercise it to prevent it from becoming lazy, but otherwise they serve no use. Wily cats are unable to kill tiger swallowtail and viceroy butterflies, as they will always be unable to reach their prey. The Memorial to Guthix butterflies are not recognised as prey at all.

This information has been compiled as part of the update history project. Some updates may not be included - see here for how to help out!
Retrieved from ‘https://runescape.wiki/w/Butterfly?oldid=35862604’
Categories:
Hidden categories: