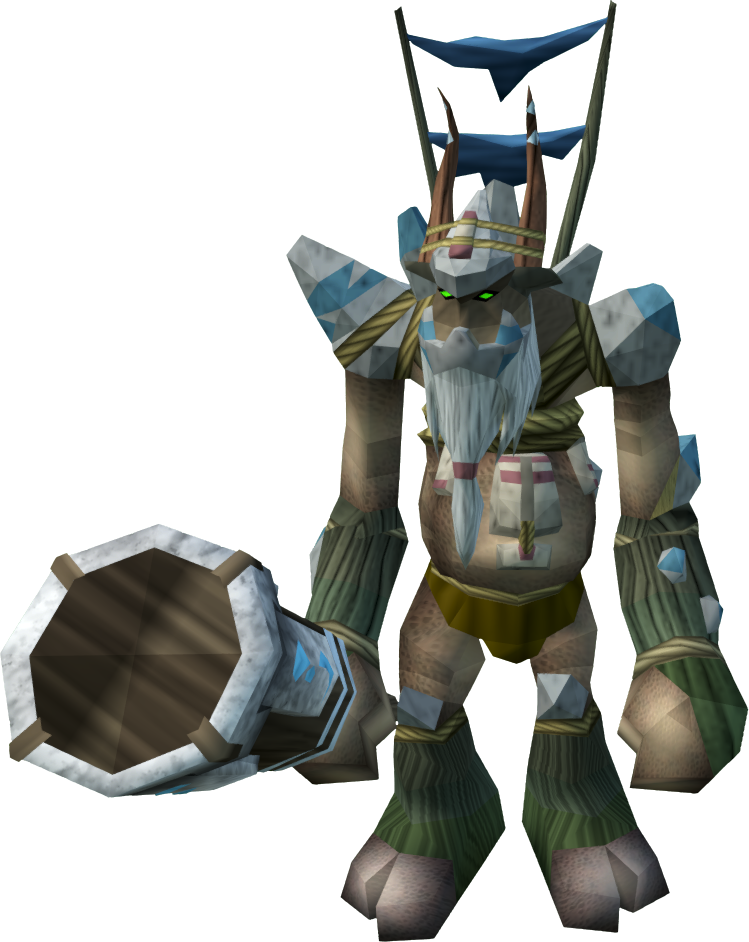 Wizards are one of the monsters fought during the combat portion of Troll Invasion. These are some of the more dangerous trolls and are priority level 2 after Dynamites. They attack with magic, using the spell Earth Bolt, and are weak to crossbow bolts.

In addition to their normal attacks, they have two special attacks. They use their first special attack when they first appear, creating a three by three area of vines that will damage you rapidly for large amounts of damage each hit (usually 750 or higher). Then, after using their normal attacks a few times, they will teleport you around the battlefield causing you to be stunned for a few seconds. They use their normal attacks a few times again, and the cycle repeats. On rare occasions, they may create multiple patches. On the hard version, this could cause problems to those who rely on their safe spot to avoid the extremely high-hitting troll generals. Their normal magic attacks are not accurate and usually hit low, but their special attacks make it worthwhile to kill them quickly, perhaps straight after dealing with Dynamites.

The vines they summon deals typeless damage and cannot be prayed against. This also makes it impossible to use Resonance to heal off of the vine attack.