Quick guide for Within the Light

From the RuneScape Wiki, the wiki for all things RuneScape
< Within the Light
Jump to: navigation, search

Trouble in the temple[edit | edit source]

Within the light itself[edit | edit source] 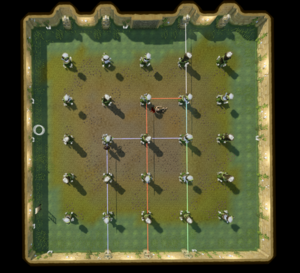 One solution to directing a white light into the black receiver

Refer to the full guide if you can't figure it out.

If you die, your grave will appear behind the energised pillar. To get there, teleport to the Death Altar through the Abyss or the wicked hood if the door to the altar is unlocked. You will have to repeat the energisation process again to re-enter the platform puzzle area. Progress of the light puzzle will also be saved.

The passage to Prifddinas[edit | edit source] 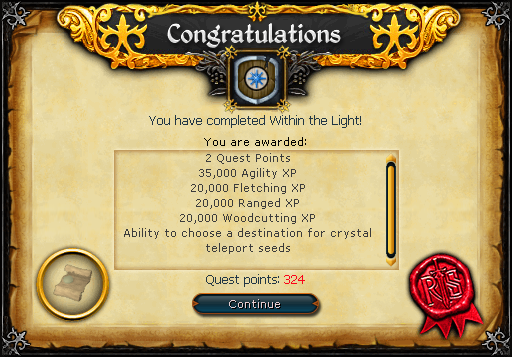 Within the Light is directly required for the following quests/miniquests:

It is therefore an indirect requirement for the following quests and miniquests:
Retrieved from ‘https://runescape.wiki/w/Within_the_Light/Quick_guide?oldid=35572467’
Categories:
Hidden categories: