It can also be found in the Captured Temple, just south of Goblin Village, east of Taverley, and north of Falador.

Wine of Zamorak cannot be consumed. It is used as a secondary ingredient in the Herblore skill. Super ranging potions at level 72 and super Zamorak brews at level 93 Herblore.

There are two ways to take the Wine of Zamorak in the Captured Temple:

On a table in the Captured Temple 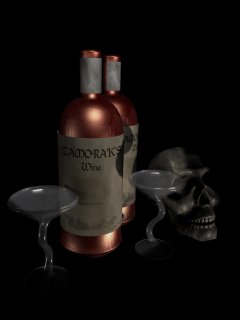