From the RuneScape Wiki, the wiki for all things RuneScape
Jump to navigation Jump to search
The Old School RuneScape Wiki also has an article on: osrsw:Werewolf Agility Course
Not to be confused with Werewolf Skullball. 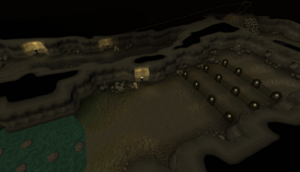 The Werewolf Agility Course is an Agility course located southeast of Canifis in the swamps of Morytania. It requires level 60 Agility and completion of Creature of Fenkenstrain for the ring of charos, which is required to bypass the guard. Players can earn up to 540 agility experience points per lap on this course. With the right gear, players can keep running without spending money.

Although the course is due east of Canifis, swamps block the direct route. Instead, it can be reached by going southeast of Mazchna the Slayer Master, who can be found northeast of the city. Leeches are in this area and are aggressive to players under level 105.

Do not equip any headgear (except the nimble headwear), as you may not use the deathslide. Failing the deathslide results in a fall that can cause damage up into the 300s (although less damage is possible). Food thus allows you to stay at the course longer. Lightweight food, like baskets of strawberries, can be useful. Players above level 72 agility need little or no food, as they will only rarely fail the deathslide.

Familiars are allowed, so bringing spirit terrorbird with tireless run scrolls can save inventory space and money.

Entrance to the course

The entrance to the werewolf courses is a small, ruined hut in the swamp. (Werewolf Skullball is also located here.) A Werewolf guards the hut; just open the trapdoor and he will speak to you. If you are wearing the Ring of Charos, it deceives him into thinking you are a werewolf and he lets you in.

Remember to have one inventory spot free to pick up the stick the werewolf throws for you.

Map of the course[edit | edit source]

To start the course, just go up to the pool of water and click the first stepping stone. There is no need to speak to the course's Agility Boss before starting. (You can speak to him if you want instructions on the course.) 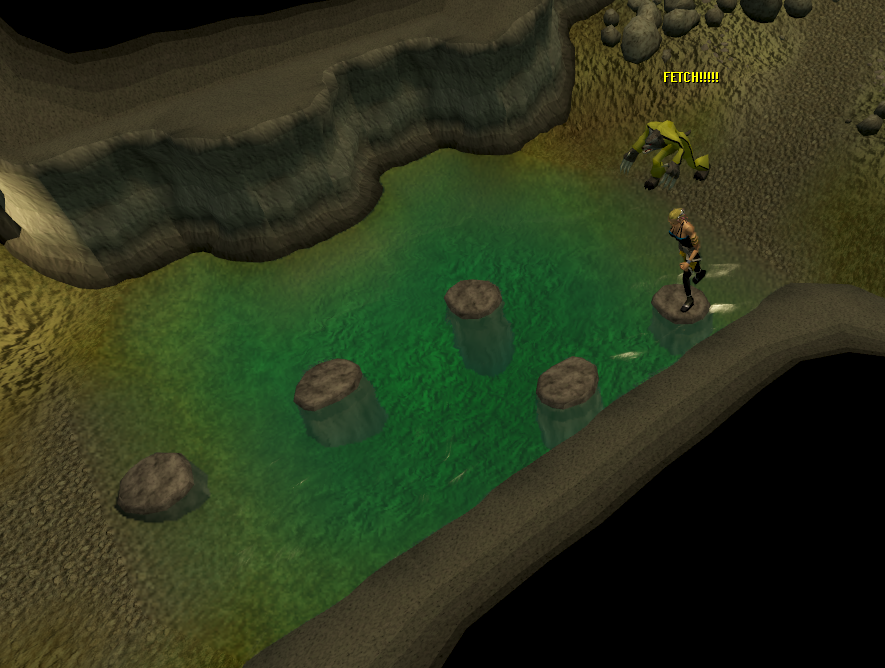 Agility Boss and the stepping stones

To cross the stepping stones, jump from one to the next one by clicking on them.

You can click on the next one while jumping from the previous one, to speed up the jumping. 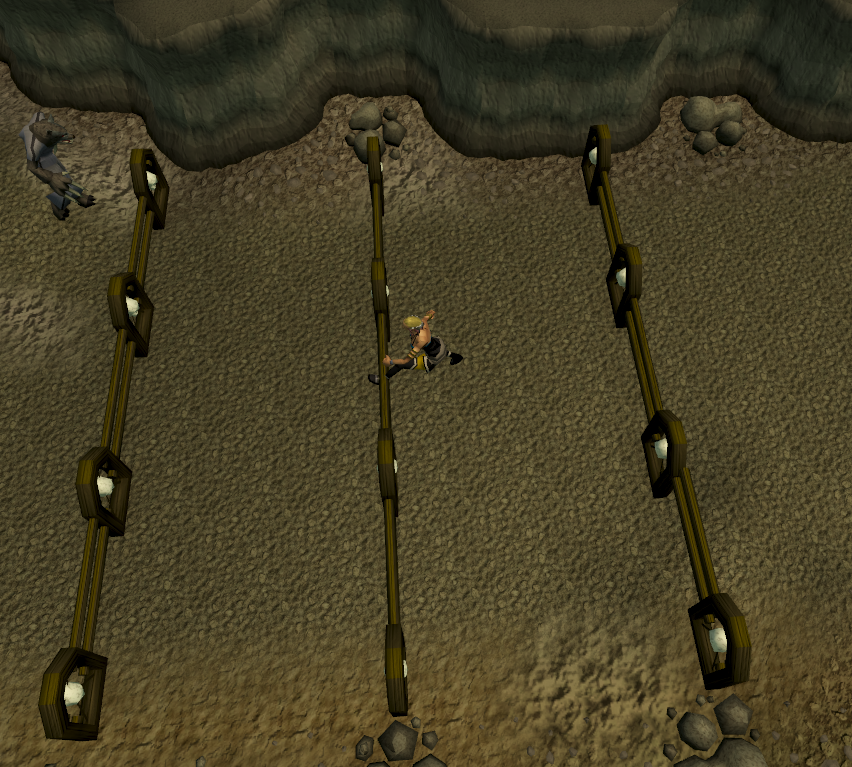 Cross the hurdles by clicking on each fence in succession. It is much easier to click on the skull connector sections fence bars.

After the hurdles, crawl through any of the three pipes to get to the next chamber. 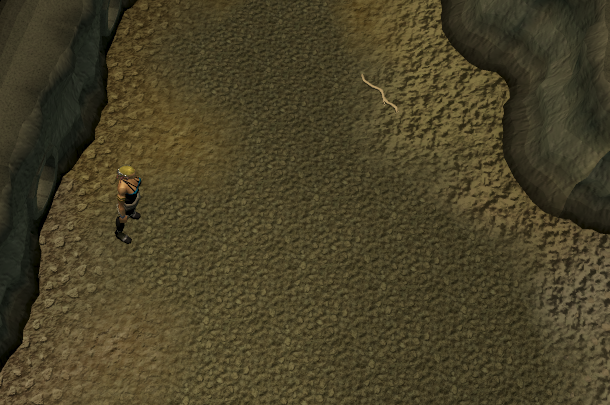 Once through the pipes, the stick the Agility Boss threw will be on the ground in this room. Click it to put it in your inventory (requires an empty slot). If you forget the stick, you won't get the bonus at the end of the course, and once you go up the skull slope, you can't go back for it!

Though the agility trainer will throw another stick if you pass it the first time, you can only have one stick at a time. If you try to pick up the second stick, it will tell you that it is another player's.

The stick (before being fetched) is subject to the time constraints of an item left on the ground. After an amount of time it will disappear, and you will be unable to pick it up for that lap! If you are unable to find the stick, check on the minimap to see a red dot: where the stick is. 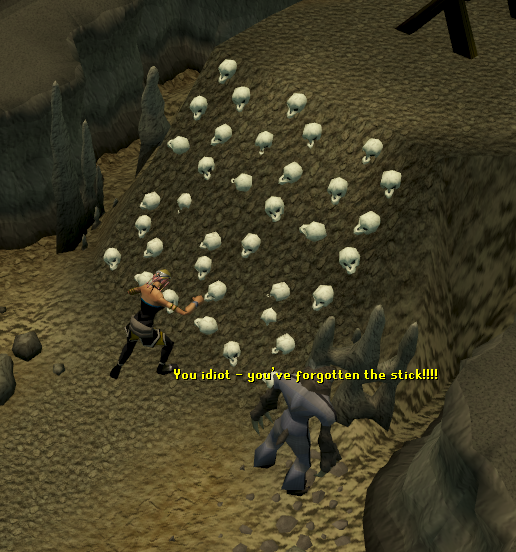 Climb the skull slope by clicking on the skulls.

This is the only obstacle on the course where players can fail. It is quite dangerous, as a fall can cause over 300 life points, so players with low life points are at risk of death.

The deathslide contains an extremely irritating and slightly frightening glitch that occasionally occurs. If you fail this obstacle you may see your character falling into a black void. You will appear in the middle of a completely black screen, and you cannot use teleportation to leave this void. Instead, you must log out and log back in (sometimes multiple times is required). If you're still unable to escape "the void", try switching worlds.

You gain 350 agility experience for a successful lap, plus another 190 experience if you return the stick, for a total of 540 experience per lap.