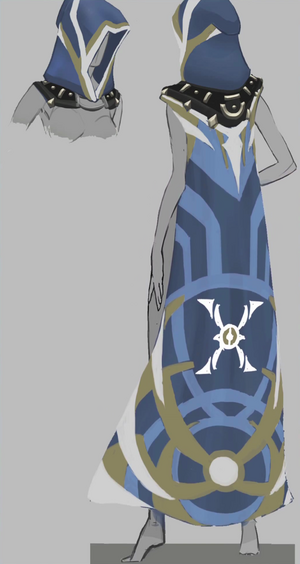 The veteran cape (10 year) is one of the Capes of Distinction, available to accounts that were created on or before 22 September 2011. Accounts which are at least 10 years old can purchase the ten-year veteran cape and hood from Hans at Lumbridge Castle for 100,000 coins.

Players who do not meet the requirement will be informed how many days are left until they may claim the cape: You will be able to claim the Ten-Year Veteran cape from Hans in [X] day(s).

The ten-year veteran cape and hood can be stored on a cape rack in a player's player-owned house.

When worn, it can be right-clicked to perform two different emotes.

This information has been compiled as part of the update history project. Some updates may not be included - see here for how to help out!
Retrieved from ‘https://runescape.wiki/w/Veteran_cape_(10_year)?oldid=35377591’
Categories:
Hidden categories: