From the RuneScape Wiki, the wiki for all things RuneScape
Jump to: navigation, search
For other uses, see Vengeance (disambiguation).

Vengeance is the second Fremennik Saga. It may be started after finding a collection of swords on the abandoned floors of Daemonheim. The saga initially starts by following Kay Thanxby, Lola Wut, Ican Haz, and Lotheria Seldorina, then continues with the player taking control over a vengeful poisoned forgotten warrior. 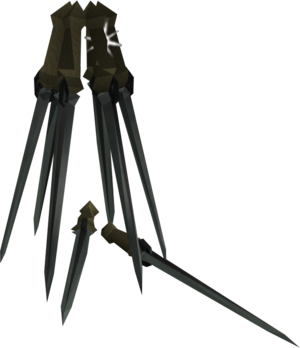 The collection of swords.

In the first part of the saga, the player controls Kay Thanxby, the leader of a band of four adventurers exploring Daemonheim. They are Kay Thanxby (warrior), Lotheria Seldorina (ranger), Lola Wut (warrior), and Ican Haz (quick-chat mage). In the second part of the saga, the player controls a poisoned forgotten warrior. The main objective is to complete the dungeon without dying. Achieving only this results in the "abridged" reward. The saga also has an "unabridged" reward which can be earned by additionally completing three side-objectives.

The poisoned warrior can follow a noble or ruthless path of vengeance. The player can decide either path or a mixture. Depending on which path the player chooses, the story will have a different outcome. 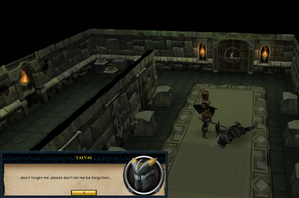 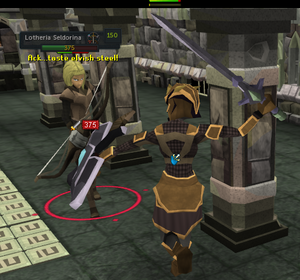 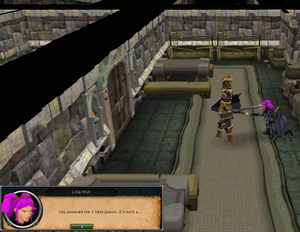 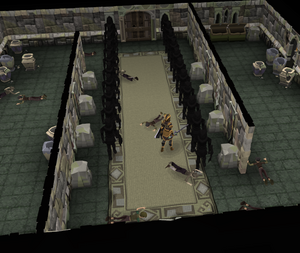 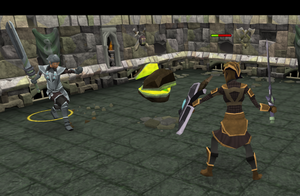 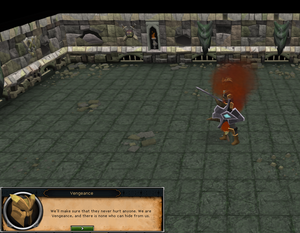 The Forgotten Warrior transforms into Vengeance.

The saga is always re-playable regardless the completion percentage. However, the player will only receive the rewards the first time that the objectives are completed.