From the RuneScape Wiki, the wiki for all things RuneScape
Jump to navigation Jump to search
Valluta? (edit) 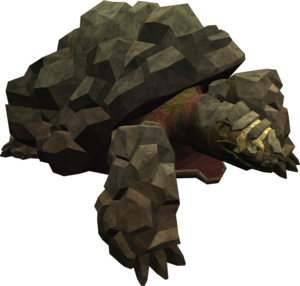 Valluta, the protector of weak places, is a Guardian of Guthix resembling a tortoise charged with protecting a large weakness in dimensions between Gielinor and The Void. This weakness is found in an ancient underground temple, the exact location of which is unknown.

She is spoken of in Void Knight legend, although the exact nature of what she is, is unknown amongst them. Some believed it to be a creature, and others a weapon. Valluta was described by Dorel Ellerian as

According to the Valluta herself, the 'Valluta' title can apply to any creature, weapon, or act that fights interference from outside Gielinor, meaning that the Void Knights, the player, Korasi's sword and the tortoise herself can all be considered 'Valluta'.

The following takes place during The Void Stares Back. 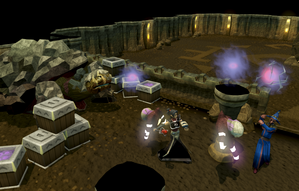 In year 169 of the Fifth Age, Valluta was attacked by a mad wizard known as Melville Grayzag who was aiming to prove himself the greatest summoner alive. He used foodgoo he had the Kinshra drain from a Void leech to weaken Valluta, and then used the gate she was guarding to summon the Pest Queen. Normally, the Valluta would find defeating the queen an easy task, but due to her weakness, she was powerless. Although Jessika and Korasi were able to destroy the foodgoo, it was too late, and the queen was summoned regardless.

An adventurer and an army of White Knights, Black Knights and Void Knights then fought the Pest Queen while Valluta recovered her energy. They ultimately succeeded in killing the queen, saving Gielinor and allowing Valluta to continue her duties. 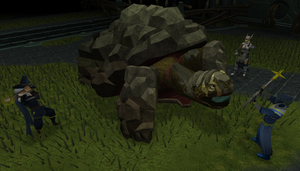 Valluta defends herself during the Attempt to assassinate Guthix.

During the Attempt to assassinate Guthix at the end of the Fifth Age, Valluta left her chamber - leaving the Void Knights to guard it in her place - and assisted the other Guardians of Guthix in attempting to prevent Guthix's slumber from being disturbed by god factions aiming to kill him to break the edicts. As one of the Guardians, she assists in stopping the Mahjarrat Enakhra and her troops from passing, and then assists in the defence of Juna against Saradominist forces. Ultimately, however, the Guardians fail and Guthix is killed by the Mahjarrat Sliske, who'd used an adventurer to gain access to the site. Valluta then returns to her duties. 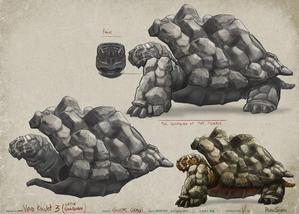