Several editors of the 07 wiki have signed up and added their portraits. Should we mix em in randomly? or separate the portrait into 2 sections? MolMan 23:20, January 15, 2016 (UTC)

I think it would be nice to mix them in if there isn't too many. If there ends up being a sizeable amount, we could probs have different sections in the photo.

Re: why do we have 3 RfDs and none of them on the page?[edit source]

... because we should probably use dpl or something for it, instead of relying on people to edit multiple things in different places for each single proposal. --Saftzie (talk) 19:00, January 21, 2016 (UTC)

Popped the new one on the page fam :3

Is this normal? The page was last updated in 2015, and now it looks like this: 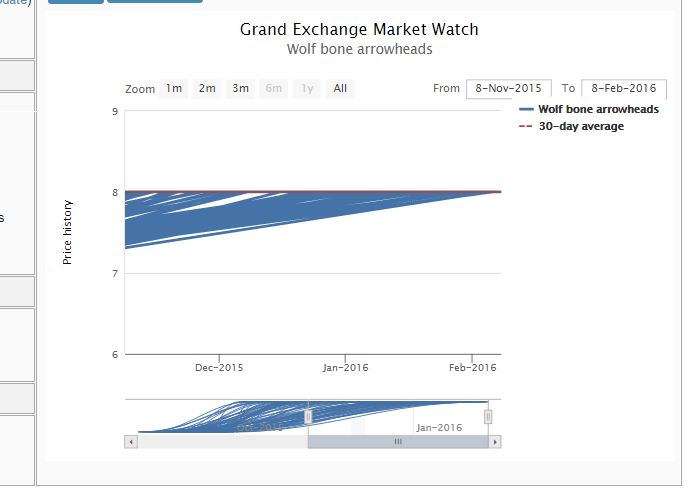 Similar to Cook, I don't tend to make edits using scripts with JaydenBot. I believe there was a whole forum discussion about 'cookspam' a while ago that he linked in the chat yesterday. I use JaydenBot for edits solely Using AWB. For manual edits, or those using scripts (which tend to be semi-automated in some form to be able to monitor just in case a bad edit is mads), I use my main account. My reasons for this are pretty much the same as Cook's and if I could find the thread again I'd link it :p jayden

Also I wrote this on mobile so rip spelling jayden

Why is Cook permitted not to use User:CookBot for script edits yet I have to use my AWB account? And in response to Mol, I don't use AWB for that because scripts tend to be faster and better than what AWB can provide jayden

Can you please help us with a chat log bot in our wiki? http://es.freddy-fazbears-pizza.wikia.com/wiki/Usuario:Mia_Khalifa_Fan I've been trying but it doesn't work...

I import the local MediaWiki:Chat.js/newmessage.js so that I can extend my timestamps in chat, but lately it has started blocking up my chat window's visibility. What do? (just http://leagueoflegends.wikia.com/wiki/User:TehAnonymous/chat.js?oldid=2384862 was enough to disrupt functionality, not even the earlier custom script I had) —TehAnonymous 01:53, May 3, 2016 (UTC)

I do not know how those scripts work, so I suggest contacting their author, User:Joeytje50.

Think we could get a copy of tiebot on discord for the #wiki channel? The framework should be roughly the same. If I remember correctly, you wrote this bot in Java, which means fear can help if needed, since we're currently working on a similar thing together (but he's got more knowledge in this area). MolMan 13:29, May 8, 2016 (UTC)

Thought so, Thanks anyhow. Twig Talk

for reference
It's most notable on the bottom part of the robe but can be seen on the hand, cabbage staff, face and satchel as well; some artefacts that look like a regular pattern of dots. Definitely shouldn't be there. As for chatheads, they suck across the board in NXT. :P Really we should add "use NXT only for location images that benefit from water graphics or draw distance" to the image policy. User_talk:Fswe1 Fswe1

why is my ip banned?

Is it possible someone was using my IP and did something wrong?

I can't communicate on several wikis but..... here and the spongebob wiki

Your ip has been blocked on several wikis because you've been vandalizing multiple wikis. Before you claim it was someone else, you also vandalized my userpage which kinda shows you're the same person, not just some poor soul caught in a block.

Beat me to it[edit source]

I made the edit, but it didn't save, and when I hit save again it edit conflicted.

Heya, thanks for the information. Do you know if it would be possible to change my user account name to a random digit of numbers or something instead? Uh, how do i sign.. Zig 04:59, January 20, 2017 (UTC) ?

Any possibility of reactivating my AWB? --

It looks like Ciphrius Kane did this, thanks for the report though. :)

Hi, Ty, can you kick the old Maximus and give me the pt-br role on Discord?

Thanks, Maximus Gugu of Armadyl

Hi TyA, I was wondering if you could explain to me how to create the Discord Rail module on this wiki that has the Discord invite link attached to it. I know it's a combination of templates and changes on Mediawiki. I've shot you a message before on Discord with no response. Thanks in advance Roranoa Drake II (talk)

Hey, you seem like someone who works on the Exchange-replated things. Is this a page that can be deleted? Exchange:Mystic_hat_(light)/Data  Internetboxwiki talk

Strike that! User:Salix_of_Prifddinas has taken care of it. thx Salix.  Internetboxwiki talk

Charge of the Light Brigade[edit source]

Half a league onward,

All in the valley of Death

"Forward, the Light Brigade!
"Charge for the guns!" he said:
Into the valley of Death

2.
"Forward, the Light Brigade!"
Was there a man dismay'd?
Not tho' the soldier knew

Storm'd at with shot and shell,
Boldly they rode and well,
Into the jaws of Death,
Into the mouth of Hell

4.
Flash'd all their sabres bare,
Flash'd as they turn'd in air,
Sabring the gunners there,
Charging an army, while

Plunged in the battery-smoke
Right thro' the line they broke;
Cossack and Russian
Reel'd from the sabre stroke

Then they rode back, but not

Not the six hundred.

Storm'd at with shot and shell,
While horse and hero fell,
They that had fought so well
Came thro' the jaws of Death
Back from the mouth of Hell,
All that was left of them,

6.
When can their glory fade?
O the wild charge they made!

All the world wondered.

Honor the charge they made,
Honor the Light Brigade,

I was wondering if you could either give me the rate limits of scraping the GE API or if you could give me access to the repository. My github username is brenr if you wish to simply add me instead.  bren.talk(); /* 23:36, June 23, 2018 (UTC) */

Hello, I tried edit different P2P pages Buy limits, example Ancient page 1 Buy limits, but it wasn't very easy and edited finally it under Buy limit info. Old limit was 2 pieces, but current buy limit is 10 pieces every 4 hours. This editing was pretty difficult, but I'm so sorry, if I did anything wrong! :/ Can you please edit book pages buy limits self?

Hey there, I was just browsing through some stuff and I noticed the template you (used to) use as a signature has a huge nonexisting image in it, causing it to be quite obstructive in discussions / archives of discussions. Could you perhaps change the image to something that's a bit smaller? 80.112.157.251 21:24, 3 October 2018 (UTC)

Many apologies, how should/would one go about setting up such a bot? This has the info, I assume?

Alright, thanks for the info! .... but I'm assuming we don't need to set one up, and should instead stop replacing wikia links, as your AWB is already doing so?

So it's mainly user talk pages and user pages that gives you notifications? Just curious...