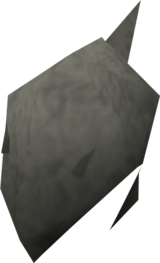 Hey, your pic was reuploaded to :File:Nomad_stance.png. Since that pic was for the battle stance, and not the quests, can you please check if the original nomad still appears in Dominion Tower? --Jlun2 (talk) 04:17, February 16, 2016 (UTC)

request if you ever get butterfly jars on TH[edit source] 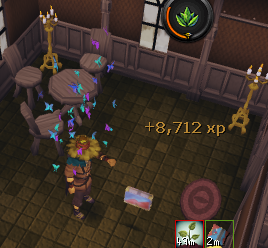 Why have banned me from the chat? says absolutely nothing. Only I took a hi and asked about the community. Terceiro Kazekage (talk) 17:58, April 9, 2016 (UTC)

Hey there, well can it be fair or not?[edit source]

Hey there Spine,
I just want to let you know that I'll join the [[Special:Chat|RS chat room]] at anytime, well not really because I think I'm afraid, also I don't play RuneScape anymore. If I leave this message, can you think it's fair for me to come in the chat room and chit chat with each other about RuneScape and anything else? The past is marked history we'll never talk about that anymore. --AEZ-Brony12talk 15:34, August 16, 2016 (UTC)

I got your Vulpix[edit source]

you have been off discord all weekend and ive been waiting to give it to you :X

Sorry I didn't realize this would cause any issues. The first couple page moves I did via an actual move, since they didn't have pre-existing pages. There were two in the Blue dragonhide set (vambs and shield, I believe) that had both pages already, and were basically redirecting in what is now a backwards way, so more or less, I just swapped the page contents. Anyway, I won't make anymore changes in this way - no worries. Is it at all helpful to still make the moves as long as it is to a new page (one that already doesn't exist, as in what I did for the other Blue dragonhide items)? Or, if I am doing more harm than good, I just won't touch these pages. Thanks for letting me know about this!

I was hoping to get some information to improve my life from that guy but you just had to block him. Degenret01 (talk)

Thanks for your message. The information is on the Stanley Limelight page as well, though I don't think that makes it redundant.

Removing it from the Thaler page will make it harder for people to find. People's first thought when they want to know what they can spend thaler on is more likely to be to search for "thaler" than "Stanley Limelight."

Since the information has been there for years and years and years it's likely that numerous people have it bookmarked. With people already having had to update every single Wiki bookmark due to the switch from Fandom to here, I don't want to make more work for the users of the Wiki.

These are some of my reasons. Do they make sense to you? Please let me know! :)