Since you asked to be posted here, can you please get the data for XP in discovering things at the inspiration page? Also disassembly data for the Augmented items (since some of those are very expensive/time consuming to obtain). Thanks --Jlun2 (talk) 17:56, January 31, 2016 (UTC)

Can you talk to whomever you must to get an answer regarding copyrights and RuneScape music tracks. We've been trying to operate under fair use, but if, for example, we were given express permission to rehost anything we want here, that would be fairly cool. MolMan 02:26, February 6, 2016 (UTC)

Before I end up wasting time on this, would getting 99 defence, keepsaking the untrim cape, then resetting defence to 1 and getting another 99 untrim cape make the defence cape disappear from the keepsake slots? Someone reported they lost attuned crystal armour from their keepsake when they reset their defence, so I'm asking this in case it does. Please find out. --Jlun2 (talk) 01:05, February 22, 2016 (UTC)

Hey! I'm trying to revamp the Local Moderator page, but I'm having trouble finding anything, not even a forum post on the Brazilian forums. Are LMods still a thing? And if they are, could you perhaps round up a couple of them for me who have forum accounts? Would be very appreciated. 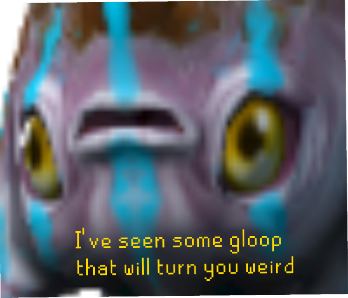 Hello Mod Shauny, we are currently missing the english background for the file Memorial_to_Guthix_popup.png this popup since its not longer in-game and thus not downloaded in cache anymore. Can you please get it for us? It's sprite id should be either 28666 or 28665, thanks in advance!

(I sent this message on Reddit already but I'm also putting it here for visibility's sake.) My phone screwed up a little and I managed to accidentally ban you from the Discord while my phone was in my pocket, and I only just noticed :( Will you come back pretty please? Promise me you don't hate me now </3

Sorry to bother you, but I'm trying to figure out what the drop rates for clue scrolls you added to the undead trolls page mean, since undead trolls of those levels don't exist. -- F-Lambda (talk) 21:37, 14 October 2020 (UTC)