I noticed that you've been doing some transparency work recently. I don't know how you pick what images to work on, but I have a few pages that might be helpful if you ever feel like picking by image type:

I don't know if they'll be of any use to you, but feel free to use them if you want to.

Hi if you want to upload an image for it that would be great :) Just call it Scan clue Tirannwn [whatever that place is]. Ideally the image should show your character in base clothing on the exact spot the clue is for and be 860 x 540px but don't worry if you can't get an image like this :)

and if you don't have chrome, you can also check this: https://twitter.com/jagexclock

I did that inventory sprite thing that Cook set up when skilling pets came out. It showed one of dojo's icons as a regular monkey head, which I thought was odd too, but I dismissed it as jagex forgetting to replace a filler image. Something like that isn't out of the realm of imagination for them to do.

Why are you poking around at dojo all the sudden? Did you finally get the agil pet?

yay pan, you are now a cc admin as soon as gaz or someone gets on to give it to you. gz 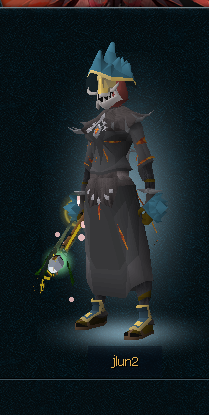 From your story today

"You can cut out the middle-man even: ⊞ Win+PrtScr instantly saves a .png screenshot to the "Screenshots" folder in your "Pictures" library since Windows 8. ⊞ Win+Volume up works alternatively as well."

Eh...why did you upload e.g. File:Mabel in a sack.png? It's just the same but with LD, which should be turned off for NPC images (the sack is an NPC in this case). You supplied "NXT" as upload summary but that's not usually a reason, unless it comes to inventory icons or draw distance. User_talk:Fswe1 Fswe1

You should probably change something[edit source]

You're Panjy26 now, for the sake of consistency, I ask that you reflect this change here as well. Gone are the days of 16, it has gone the way of the other 15. Embrace the 26 moniker wherever you go, not just for your sakes, but for everybodys.

It's hard, I know, but you'll be okay

Do you have any old computers you played RuneScape on?[edit source]

Recently we've been trying to recover lost versions of RuneScape that Jagex didn't save. We're asking anybody who played from 2001-2012 to check old computers, laptops, hard drives, or backups for old RuneScape files.

Your userpage says you've been editing the Wiki since 2009, so it's very likely that you have one of the missing versions. It would be great if you could search any old devices you may have so that these older versions of RuneScape aren't lost forever.

If you have any questions, feel free to join our Discord which shows the specific files we are looking for in full detail, and where people can help guide you through the search. Alternatively you can read our page on the Lost Media Wiki, and leave a message on my talk page.