Thanks for the rotate, cheers

To do list[edit source]

Sure, we can give that more exposure on the wiki. I have some ideas on how to communicate with the rest of the wiki about this stuff, but for now there aren't any issues with putting it on the main page. Maybe we add a new module near the top? ʞooɔ 23:39, August 22, 2015 (UTC)

You've done a really good job! I'm really impressed with all the exp/hour you included, as well as new information, and I like how you condensed all the altar runecrafting sections. Logialian (talk) 23:16, August 29, 2015 (UTC)

Hey, what was wrong with this revision? I understand that you already spruced the page, but I don't see a problem with the changes I made. There are a lot of big text chunks on that page, I spaced them out. I also see no reason for 'Alternative methods' to be as a heading, they're still methods, and especially don't need to be there when already mentioned, they can just merge (given that apart from the Ape Atoll course from 75-77, the levels overlap). Agility bonus experience can be gained in numerous ways, not just Barbarian Assault. The rest was cutting out unnecessary waffle, rewording, and shuffling around a few sentences to sound better. Star Talk

Ah ok, thanks for explaining, and yeah the Ape Atoll one was the only one I hadn't merged. I'd write about BA myself but I don't know enough about it either, so I'll stick a sectstub in for now. No worries, and thanks again for clearing things up :) Star Talk

A tree you wanted, a tree you shall receive: https://runescape.wiki/w/File:Blossoming_tree.png 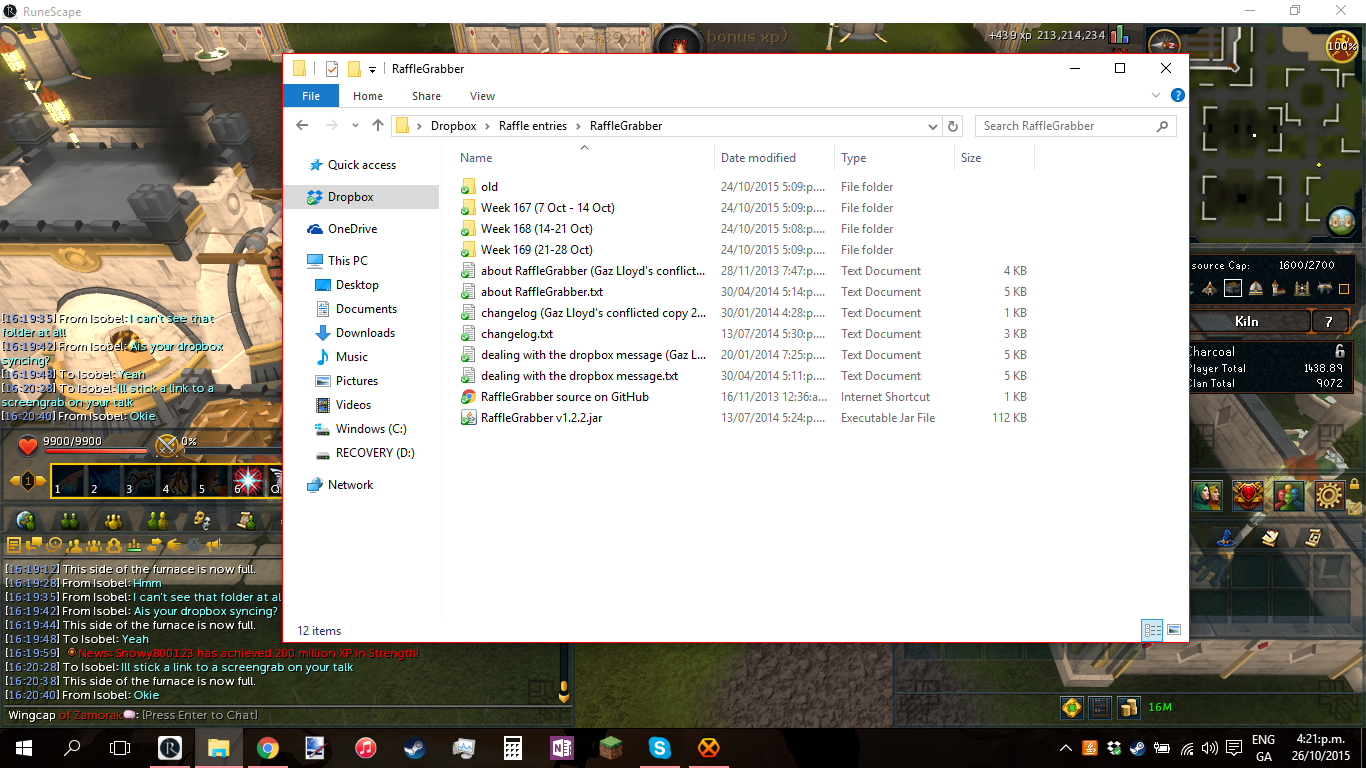 Thats what it looks like for me on my computer, and similarly on the online dropbox interface. --

You can rewrite the RS:CC information pages if you want. I would recommend you propose the other points to your thread individually to allow a clear consensus to be formed. --LiquidTalk 13:22, November 5, 2015 (UTC)

This is about the hunter xp rates you asked me about. Sorry about not responding for such a long time, I didn't notice the message! Also, I wasn't sure if you got the message on the ip talk page, so I'm posting it here.

I did get those xp rates myself, it was using the Alt 1 toolkit to measure over the course of a few hours. No boosts were used. I was wondering how I got much higher xp rates than what was shown, so I investigated. When AFKing the azure skillchompas, I got the exact same xp rate (66k/h). To get 85kxp/h, I was paying full attention to the game and with a lot of spam clicking I was able to do actions on the exact right tick. This "power-hunting" method takes more work but results in much higher xp rates.

First off, let me say how happy I am to make this section header.

Second, two easy ways we can get a separate detailed model for that (or any other piece of equipment) is

Just thought you might want to know you're approved to edit the News/Updates section of the Project Template Spruce page, if you ever need to. https://runescape.wiki/w/User_talk:Scuzzy_Beta/Projects/Template_Spruce --

Hi! I was unsure if that image was allowed, so I deleted it, but if you say it's allowed then I'll gladly undelete it. Because I want to use the image :)

I didn't see that you already made it transparent and also uploaded a new version, and now I can't find how to revert it... Sorry! :(

Nvm, I was blind :P I reverted it to your version :)

I did exactly the same for the master quest cape. I added the date to the text (not the infobox) with a source being the confirmation by Mod Manti, the developer of it, and Ansela changed it...

Since you are no longer online, I'm now 96 fishing. Yay me. Also TIL your name on wiki is IsobelJ and not just Isobel.

Have a Happy Holiday this Wintumber season! I hope it's filled with lots of cheer, 'nogg, gainz, cabbages, miracles, and other things that make the holidays so magical! :) And a "Beep Boop" From ScuzzBot as well! --

I won't be online on Christmas Day, so have an early greetings! --

Could you please add me to the Raffle sheet for this week? 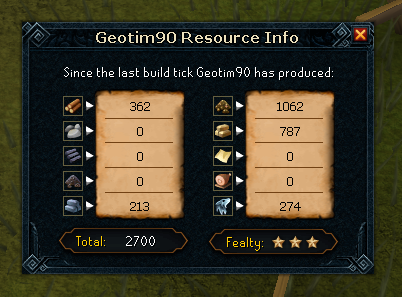 Hi Iso, Was doing a scan earlier and noticed the location I got was one that's marked as approximate on the map of scan locations. Specifically, it's the one northeast of Tyras Camp. I asked Mol about it and he referred me to you, and as of right now I took a screenshot for myself so I could remember the exact spot. Let me know if you want me to take another one with certain standards or something. Thanks!  Panjy16 ★ 20:28, January 11, 2016 (UTC)

Re: Mining and Smithing rework[edit source]

Yes, I do understand that you do not think it's accurate anymore. But idk why you would think that besides the time. I mean, has there been any indication from Jagex that they've changed their plans so fundamentally? Any future update is susceptible to massive change even full cancel, even if it's mentioned in that month's BTS. In addition, Rite of Passage is still mentioned on the same page, also revised and possibly semi-abandoned several times. That's also rather old and similar to this (and GWD2, FOTG2, etc.) not currently worked on. All reasons you seem to have are just based on your assumptions without a source that suggests otherwise. "Time" is not a good reason to delete all the information that detailed their initial idea that still is planned to be developed this year (ROP might well not even happen next year). In addition, how would fusing platebodies go against invention? Again, you assume without any reason given from Jagex that you assumption has any relation to reality :-/

Save to say I'm not really satisfied with your compromise, I would like some reason to belief you're actually basing it on something real. . . . Yours,

So I just asked Mod Jack (and then Mod Raven) about this question on twitter, and now we have confirmation that your assumption was premature and my assumption [they still plan on following through on it] seems to be correct. Mod Raven just seems to be the main dev, while Mod Jack no longer is, while still being a co-worker on it too.

I assume we can put all it back now? Probably with that source I just linked to showing it's still up to date? . . . Yours,

Ah, quite right, yes! Thanks for helping me with my poor reading skills :P . . . Yours,

Don't get those terrible ones undeleted. I'm working on a new set. Will take a while because travelling back and forth is a major pain in the ass, but it'll be done.

Well, technically, the heraldic kiteshields are called "Steel kiteshield" and "Rune kiteshield" as item names, so they should be called that as their filenames. And they should have separate files (but using the same image) because they're different items, and one day they might not be identical.

All of them. Just bought 15 rune full helms and 75 steel bars (the steel stuff wasn't buying) for it. Will buy a toy horsey and make a trip to the abyssal RC area when I get down to H and S respectively.

That'll be good. Means I won't have to rush the trans. Rushed trans is sloppy trans.

Just transed the first set, the rune helms. 56m 43s is the time on my stopwatch. Gonna move on to the kites next.

Feel free to delete those two images. I added them to the page for mort myre pear but it was undone by another editor. Exceljockey (talk) 08:35, April 19, 2016 (UTC)

Doesn't look much at the moment. We can always split it if the tech trees get too much devices.