Leave a message ↓
(Before asking questions, first read my FAQ.)

Whenever i try uploading an image for cw's blue helm ,i get a message that teh file is corrupted or has an incorrect extesnion.the file was made on teh spot and the extension filename.png.can you help me out?

Ok i uploaded a new version but can you tell how i can upload it in png and how can i make it specific to helm cuz i ahd to revert when i realized same was used for helm+legs+plate.

Also please tell me how do I display an image in an artciel which has non image.(image has aldready been uploaded to the wiki)

I'm sorry the nomination didn't go the way we hoped it would.. all I can say is keep doing what you're doing and you'll surely be sysopped before long. Andrew talk 03:50, October 13, 2009 (UTC)

Hey! Thanks for Signing my Guestbook! Here you go!!

Incase you miss my 99 fletching party im gonna throw another next time you log on so don't worry i wont leave you out, you friend

(p.s i got Owned in Stealing creation while sending you this message, lol)

Thanks for your tis on wikia editing, my kid vs kat wikia is amazing, take a look when you have time =)

w00000000000000t! it gone! Runescape Hd wikia has been deleted from the internet! if you try and enter the utrl now it will just lead you to your userpage! try it www.runescapehd.wikia.com , im free! :D

Hello, Hapi, I was looking around the wiki, and after I completed the '09 Halloween event, I notice, I never visited this place! So then, I wondered, where is that? How'd you get there? How can I get there? Is that where your character goes like I have died!? <insert shocked face> It looks strangely familiar to Miles' office.... --

P.S. Have a happy Halloween, whether or not you celebrate it!

P.P.S. A late congrats on finally achieving your quest cape. Though I heard you did. I wonder if you still can wear it, he wrote as he pondered the release of Within the Light...

Ahh, okay. I figured that was your regular account, as it looked like it. Anyhow, thanks, I'll see you around. --

Hey Hapi, You logged before I could continue complementing you on your new user page O_o. Anyway, I was going though Special:UnusedTemplates and notice that your userpage navbox templates are all showing up as unused. I was wondering if you could help me clear off the page. If you're not going to use them again, a speedy delete will take care of them, but if you are, maybe you could find a temporary home for them so that they are linked to and won't show up on the page anymore. Hope one of these ideas works for you. If you have any questions feel free to drop me a line. Cheers,

Look who else found out...[edit source]

You don't need the Fur 'N Seek Wishlist for the questcape. Assides from that, nice page!

Oh Ok, Happy Halloween to you too!

Hey Hapi, its been a long time before I seen you

Hello, I'm a newcomer to the wiki, and I was wondering if you could help me with my userpage. I really like the style and layout of your userpage. Do you think you can help me create something similar to your's? With thanks, Duckyplox 01:27, November 5, 2009 (UTC)

On second thought, I've borrowed your basic layouts, if you don't want me to use them, tell me and I'll start from scratch, but I think I've got the hang of my page now. Again, thanks (and yet you haven't really done anything, lol), very much thanks, Duckyplox 02:32, November 5, 2009 (UTC)

... How did you take this picture:

Because, well, I was kinda bored, so I was wondering, as Player chatheads appear on the right side, so I wondered if there was a way to take them that way. Thanks anyhow. --

Oh, okay. I was hoping it might be possible to get without editing too much, but never mind. Ah, well, thanks, I guess. --

He probably Flipped it

Aww, it's a shame you're away - it's Dutch-speakers versus English-speakers in clan wars today. I couldn't help but wonder which team you'd be on.  :-D Still, I'm sure you're having plenty of fun in Italy, and RuneScape will still be here when you get back.  ;-) Leevclarke talk

Could you please make this GIF longer? Because you have cut it before the teleport :P. I would do it but sadly my membership ran out and I'm going to be member again in 3-4 days

. Ok so that's it, keep up the good work with those images!

I got excl to send me the pictures over! so for the first time ever here the new skillcape!

it "music" now that you think about the pianos and music all over rs , so it must be it

I told you before i seen a mod with it on, i saw him again

Err, hello, I'm not really a newcomer to Runescape (although I barley travel anywhere) but I am to the Wiki. I was wondering, what is the place you use to film special attacks? Y'know, the place where that dude who looks like a Fremmenik who has only 1 hp is. Is it editing, or is it an actual place? Thanks, Mayhem380. --Mayhem380 20:47, November 28, 2009 (UTC)

Hello, Hapi007, it's been awhile. I was confused when I discovered that the UOTM is you currently. Is there something wrong with the UOTM?

Sadly, the snow melts into ice

Once again, it's that time of year, may you have a merry Ruudmas Christmas and a happy new year.

You have received this christmas greeting from

Hey Hapi, i was just wondering if you would like to add me ingame. My ign is currently 'Ohh Scooot'. Cheers,

For some reason I think I remember you once saying that you can speak German. If you can, do you mind if you translate the German twitter hints when they are retrieved and placed here?? Also, can you/do you know anyone that can speak French??

The task would take to long, so it has been abandoned. Thanks anyway!

Hey, since I can't do animation pics, and you do, could you redo "Mining_animation.gif" with some normal clothes or a basic outfit? The hat makes the player bald and its really annoying for a pic that isn't supposed to represent glitches. Thanks.--Degenret01 16:13, December 14, 2009 (UTC)

I have a question[edit source]

i always wondered what these small animations where.. i find them very cool and i just really wanna know really badly how to make them. they arnt videos but there small clips.. heres an example from this website.

RE:I have a question[edit source]

kk thankyou... i have hypercam.. i doubt it would work with it

I didn't send the email

Can i ask who deleted my Whats up post?[edit source]

this is a talk page to whoever deleted what i said--

Heya Its me Jack, I just wanted to thank you for voting for me to be utom. Due to it being futeristic 2010 I am having my personal message delivery bot deliver it to you.

! I just wanted to let you know that I stole borrowed a little bit of your code for my new userpage. Specifically, your table containing your Photo Booth image. I hope you don't mind

Going to nominate you. Any objections?

What specifically needs changing on there? Only thing I noticed is that the show/hide link is hitting against the title, which can be fixed with code on the wiki's [[w:c:farmville:MediaWiki:Common.css|MediaWiki:Common.css]] file:

Because this is a new service, there may be glitches or other technical difficulties. Please speak to Stelercus if you have any trouble or any other feedback. Thank you, Quarenon for your help in making the newsletter possible and Telos for the idea.

It should fix the cell widths and paddings in addition to fixing the show/hide link location. Let me know if you still can't get it to match up to the screenshot I provided after adding the CSS code. --Quarenon  Talk 15:32, February 1, 2010 (UTC)

Never upload around 300 images in one month like i did

just keep the usage and your good

Hey I just wanted to let you know that I updated the gif you made on movario's base. Ehh the hp update wasn't so awesome on any of us editing

I was just wondering if you could add transparency to a couple of non-RS images I have lying around on mah desktop.

Ok, I have a question. How do you make those small video like things, like were a picture would go on a page but instead of it being a picture its a short little video.

How did you make that and put it on a Wiki Page?

Hey Hapi! Can you please give me the code for Background Color of My Page or a part of the page. Also, how do you put a pic or a vid on ur Page then when you reload it changes. Thanks!

Hey, I recently downloaded Camtasia because I was told it was the best recorder, but It seems to lag alot mroe then other ones like CamStudio, any ideas on what's wrong?   Swizz Talk   Events!   18:14, June 3, 2010 (UTC)

The RSWP is happy to inform you that the wiki has joined the Triumvirate. Those interested in taking part, please sign up here.

Hai ur still me hero althou your not member :,( so just curious if u quit thats all leave memessge "[email protected]" ttyl :)

How to add transparacy?[edit source]

Hello there! I was just passing by, and wanted to say hello...along with a simple question:What is that top your wearing? (Raggy-like top) Thanks, and hello again!

What armour is that you are wearing when you use Darklights special attack?

Hi hapi I need a skill to train to 99, what do you suggest?

Hey there, I was just wondering how do you transform into a goblin? Incase you don't understand, [[:File:Goblin_Trans.gif|here it is]]. 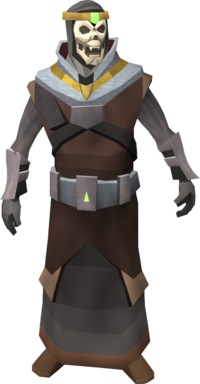 Your rank in the clan chat has been removed. Reasons for this may include being inactive for a period of six months or more or having expressed interest in leaving the clan chat as a whole. If you have any secondary accounts that where otherwise ranked, their ranks have been removed as well. You are free to request your rank back at any time by speaking to the channel operator without the need to go through any discussion process. Thank you.

Just so you know, that forum was archived on 5 April 2009

Hey, mind marking your navbox adding edits as minor? They're flooding the RC

I see a lot of your stuff, i'm wondering if you're even active :o --

Do you have any old computers you played RuneScape on?[edit source]

Recently we've been trying to recover lost versions of RuneScape that Jagex didn't save. We're asking anybody who played from 2001-2012 to check old computers, laptops, hard drives, or backups for old RuneScape files.

Your userpage says you've been editing the Wiki since 2007, so it's very likely that you have one of the missing versions. It would be great if you could search any old devices you may have so that these older versions of RuneScape aren't lost forever.

If you have any questions, feel free to join our Discord which shows the specific files we are looking for in full detail, and where people can help guide you through the search. Alternatively you can read our page on the Lost Media Wiki, and leave a message on my talk page.