From the RuneScape Wiki, the wiki for all things RuneScape
< User talk:Frede173
Jump to navigation Jump to search
Leave a message :) ↓

The talk page stalker strikes again! No one is safe! Not even Frede, the magnificent! 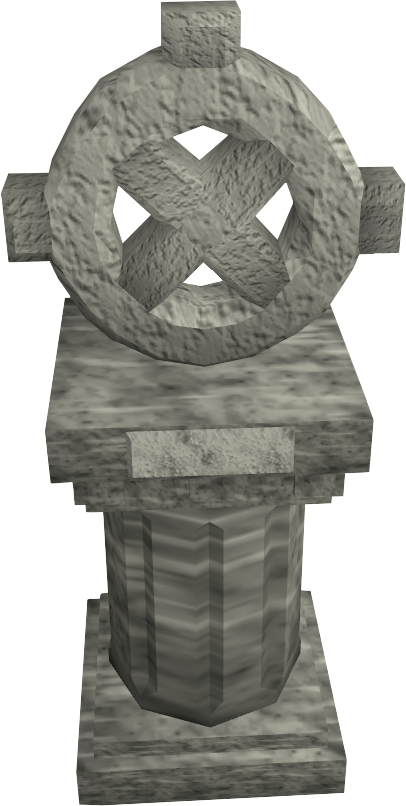 The Ring of Recoil shattered! Oh dear, you have died!

Now I gotta archive it. :P

17:03, 19 July 2009 (UTC)
Not particularly, I just don't want would-be commentators to be deterred by the lag induced by 18-thousand white-haired clones.

Pwnt. (I'm expecting a response from Serenity, whenever he gets on

After paying closer attention to your userpage, I have decided that your userpage sucks.Sorry Swiz Talk Review Me

He added over 300,000 characters in his last edit. I had to restart my computer to be able to use Firefox at all...

I wonder if a 'crat would let me try and blank that edit...

Nice picture. You beat me to it. I wanted to be the first to post the picture, but congratz anyways. How's your PKing?

Will ye forgive me of this morning?

ZOMG that gave me a megaa lag! you noob! Swiz Talk Review Me

Now i have made my version aka The Wall Of Chief's! but its still [1]

Yay I finally found the Sri Lankan RS Community, even thought i dont live in Sri Lanka, im still eligible because my parents are from there ^_^, "disallowed url removed" the link. Swiz Talk Review Me

Should I get my talkpage archieved? Do you know how to do it? Swiz Talk Review Me

Lol, you wrote R.I.P your computer. Mine didn't even lag a bit =P.

How do you know that you are the highest ranked Danish person in Fist of Guthix?? Please enlighten me how you know that since there is no feature on the website currently to show a users location.

1) Don't chase someone into multi-combat (or go there in the first place) if you're Pking alone. I chased a level 50 from the Western Ruins all the way to Demonic Ruins, and I was out of run energy by the time 5 level 100s attacked me at Demonic Ruins.

2) Don't think you can take on a Pker the same level as you (probably doesn't apply to you, since you're similar to a pure, but I have balanced stats). I can only hit 27 with a corrupt dragon battleaxe, but my Bounty Target hit a 34 on me.

3) Don't EVER say that you're out of food. I was happily training in the wild to get EP and a level 57 was there too. I didn't bother to kill him, but after half an hour, I said, "Buying lobsters". He immediately started attacking me and killed me.

4) Don't sell your weapon in the wildy. I was ranging and a guy said, "I'll buy your shortbow for 10k". I happily agreed and he killed me, as I could only fight back unarmed. Same goes for your armour.

5) Don't leave your player logged in. I went to take a quick washroom break, and I had 3 HP left when I came back. I couldn't eat fast enough and died.

6) Don't do the 26k trick, especially if you're the first one to die. Half of the times, the other guy logs off or doesn't keep his/her part of the deal. I lost over 200k because of dishonest Pkers.

7) Don't use a slow computer. One time, I was at my friends house, and his computer lagged extremely often. I logged in and was attacked by a Pker, I tried to run, but the computer lagged and I died. Worst of all, he was 10 weaker than me!

8) Don't take your anger out on the computer. I got grounded for a week and had to pay for the damages.

Nice. Simpler than before. I liked it when it was really colourful, even if it took 2 minutes to load the whole thing.

It looks very nice then before. Keep it like this. :)

Now I'll have to train Herblore, for WGS...

I'm gonna go get myself a full set of corrupt dragon!

D'oh! I can't get high detail to run anymore. I can't use the old computer either. My screenshots won't look nice. --

RE: Could use some GIF help?[edit source]

I don't get what you mean, they're fine - look at my Ancient Mace gif. Unfortunately, Camtasia is like that - as long as you do it in a well-lit area (like outside in Falador or Varrock) then you won't have much of those odd colours. Nephilim Retired

Frede.... Thanks for the note from a fellow FOG fan. I play off and on when I decide I am bored with leveling and/or making money. Castle Wars and FOG tend to be my relax/ fun time on RS.

you missed the best bit out frede, the nerd in the backgroung singing with glowsticks Swiz Talk Review Me

Okaay this will get complicated.. But here's my question -

I was thinking of merching Berserker rings and i checked the Grand Exchange game guide thing ( Here ) and it saus Change in : 30 Days - 65.5%, what does that mean exactly?

Ooo I understand, thanks, do you know were i can found out if its going to rise or not? Swiz Talk Review Me

Nice picture of the new rune scimitar. I was gonna post one but I guess you beat me to it!

I noticed that in your screenshots, your EP is at 1% most of the time. Do you still get decent drops? If yes, what do you get?

Please reply to this topic.

I Got Corrupt Dragon![edit source]

—The preceding unsigned comment was added by Blackhole252 (talk).

OMG! You're a mod![edit source]

Congratz! How did you become a mod?

I never really liked those anyways. ;)

If we started now, it would only last eight weeks max. I currently have a thirteen week competition planned. SamRosenfeld 11:41, 31 July 2009 (UTC)

Something that doesn't need a title[edit source]

What's your EP at most of the time and what drops do you usually get? Also, why did you alch your talisman staves? --

Someone doesn't waste any time[edit source]

Wow. Under a minute between the vandalism and you rollbacking it

You beat me at rollback for like one second lolol. But I won at the no vandal message. :)

I'll take that as a compliment.

The code seems fine to me, and when I visited your userpage, I saw the 99str image. It's likely that you're probably viewing a cached version of your userpage, thus the image is always the same. Try purging the cache. C.ChiamTalk 15:02, 6 August 2009 (UTC)

Yeah, I saw that earlier when I was on. Can't believe someone would actually do something like that! But, we all need a good laugh around here, so thanks for making my day! ~MuzTalk 21:13, 6 August 2009 (UTC)

Lol... Frede, I figured out why you don't see the advertisement. Mod Emilee told everyone in the Website Feedback forum that only people in North America see it.

Here's a screenshot, grab a barf bag: http://s48.photobucket.com/albums/f229/dirizz/ ?action=view&current=gijoe.png (take out the space, didn't wanna fill up your talk with a huge pic)

GWAH! Just look at it O_O It's so horrid! Now compare that to Myspace: http://s48.photobucket.com/albums/f229/dirizz/ ?action=view&current=gijoe2.png (take out teh space)

—The preceding unsigned comment was added by Lil diriz 77 (talk).

Lol! XD Sucks huh? Sad to see this Jagex, very sad. Lucky you, you don't have to see it :P

I stumbled upon a nice template: Template:Frede173/Menu, that you don't appear to be using. I was just trying to clean up unused templates and I wanted to ask you whether or not you want to keep this template. If you don't want it, feel free to make it with {{d}} for speedy deletion. If you do want it, just let me know and I'll figure out a way to mark it so it doesn't get deleted even though it's not used. Thanks,

Hey Frede, I really want to know how to upload your own pictures onto pages, Thank you, but HOW?

=( I don't understand, that's kinda random, why did he leave?

What happened Frede? I don't get it... You didn't act like you had a problem with the wiki, I never thought you were gonna retire!

I stumbled across the forums and i saw: so i came here to say: Lol, coincidence Eh? But now I cant!

What, why are you retiring?

All People Who want to use my template Can:

Frede the magnificent?...That sounds familiar...like..the one I said on the very top of his talk page. >.>