Major-Brux-with-a-beret, you have my loyalty (unless someone gives me a lot of stuff 4 free) in the upcoming war against RuneHQ. I am not as strong as you, but I will defend you in times of need! Youdead00 03:50, December 20, 2009 (UTC)

Hmmph, I am stronger then you, does that give me a higher rank? If not ill just pwn you. Swiz Talk Review Me

It only took me a few minutes, but I found an English version. Though it's not the exact same version as I have on my DJ mix album, it will get the message across.

Original videohtLnPOu4WaI|355|425
"The Moon" by Brothers.
Just adding a somewhat long note here, but this song came out around 2003 or 2004, back when Italodance was ending its peak of popularity in Europe. Now everyone's practically into Hands-Up or Happy Hardcore if they didn't just go and fall for American Top 40. Gah, good ol' times.

Honestly, it sounds better in the mix. Oh wells.

Since I'm sending you this, I'll go on and blabber about other things. I've pretty much decided to do an RSMV on Erazor's "Sleepwalker's Dream [Extended Mix]", but I'm being all procrastinatory and cool as I tend to be. The club mix of "Sleepwalker's Dream", the closest version available on YouTube, is below.

After buying DJ Ross's "Hot Parade 2004" DJ mix album for a superb 49¢, I came across "The Moon", which was on the second disc. After it comes the songs "Superlove" by Markus and "Batti Cuore" by Promise Land. That has given me the idea for the following plot for an RSMV:

Three brothers all try to win the affection of a girl. "The Moon" follows the story of the youngest brother, "Superlove" for the middle, and "Batti Cuore" follows the eldest. After "Superlove", the middle brother kills the youngest, the eldest brother gets all "o no y did u do that thar" or something, and in the end, no one gets the girl. A good ol' Shakespearean end to things, wouldn't you say?

I keep procrastinating with things, but I intend this ten minute and three-songed RSMV would come after the RSMV for "Sleepwalker's Dream" and the final climax for King Luyties II. (Oh, if you haven't heard, I bring him back as if he didn't really die in "Viva la Vida".)

The two other songs are as follows:

Would you do me one small favour?[edit source]

Just look under your bed. You'll see two things: something little and something fat. Please give them to me. Scizor told me 'bout them

Are you sure they can beat Psycho's mighty Kettering bug? If yes, I'll buy them at any cost!

Would it be possible to mount the cannons on Ares V rockets that carry nuclear waste? Maybe then I can fire the cannons at his Bug and crash the rockets on the target itself. Do you think that would work?

Hmm...What about I build a giant Ares M, fill it with nuclear bombs and I launch that into his house? Then he'll be... Psycho Ashes! MWUHAHAHAHA! wtf man

You have epically lost the game =D

Please don't hate me, but whenever you see this, feel very angry.

My thanks goes to Vex 327, and Dbvkill who told me you played the Game.

Hi Brux. I was browsing the talk pages of articles related to Champions' Challenge when I saw a comment of yours that implied that you got a champion scroll from the imps in the God Wars Dungeon. Right now, I'm also trying to get a champion scroll drop from those imps, and I was wondering if you could confirm that those particular imps drop champion scrolls (if you did get one from them). Normally I'd just assume that they drop champion scrolls and start killing them without hesitation, but the reason I'm doubtful is because apparently those imps can't be caught with imp boxes. Intended or not, Jagex might also have forgotten to add champion scrolls to those imps' drop tables.

Brux, I was looking at your userpage, and I noticed you had a pretty cool header. I copy-pasted the general idea to my new header page, but every time I attempt to place it on my user page/links, it does not work. perhaps you could help?--Cheers,

Hey noob. Eaten any cabbages lately? I know I have ;) Sorry I had to go b4 we reached the room, my mum ownt me :( Did you guys get anything good+did anyone die? :) --

Thank you very much for joining the Gnome Restaurant Inc. Please see this page to share your protips, rewards, and general advise with the rest of the "Company." Your Friend,--Cheers,

I was going to bring you an excerpt from the book on the history of Chialand when I stopped by the library there, but I forgot to. Inter-plane travel isn't easy, so I'll pick it up next time I'm there, okie dokie?

Okay, okay, I brought the first volume on the recorded history of Chialand while I was there earlier today. When I first opened the book, I saw the weirdest thing on the inside of the front flap:

SET IT ON FIRE WITH A TINDERBOX!!!

no, not a tinderbox... SET IT ON FIRE WITH DRAGONBREATH!!!!

No, you've both got it all wrong. Set it on fire with one of those flamable-grenade-things.

Hmm, I swear I've seen something like that on some webpage before. ... Well, here's the excerpt I said I'd show you:

Chialand is a secret and mostly not-known-about plane, theorized to be parallel to that of Gielinor. Chialand has many similarties to both Gielinor and Earth—blue skies, high oxygen content, inhabited by humans, and green plant life. The total area of Chialand is not known, but it is small enough that there is rarely any large spaces without civilazation, and getting lost is nearly impossible. Even in highly-populated areas, Chialand has high grass content.

It is unknown even to the inhabitants of Chialand how to enter or exit the plane. Though, what is known about inter-plane travel is that only a select few have the ability to make the travel. To be able to make the trip, one needs to fit one of the following criteria:

Chians fall under being humans in every aspect from brain function, anatomy, manners and exterior looks. They often have "Chia" in either their first name or surname.

Being given the name of "Chia" upon birth grants right of entry into Chialand. Since not many in Gielinor or Earth have this name, not many gain entrance this way. Often, even if one is named "Chia", they may go their whole life without knowing about Chialand and their right to entrance.

Not many are granted entry into Chialand, and not even all who have the grant are known about. Known humans who have the ability to enter Chialand include:

The armed forces of Chialand are open to all who have entrance into Chialand. The 1st Chinfantry Division, the only currently active unit, peaked at about twelve members in 2007 in a war with an enemy since forgotten. In the war, Pvt. Chia, LCpl. Chia, Cpl. Chia, Sgt. Chia, S/Sgt. Chia, M/Sgt. Chia, 1Lt. Chia, Cpt. Chia and Col. Chia were all killed-in-action. Only Pfc. Chia, 2Lt. Chia and Maj. Chiafriend12 made it out alive. Since, the 1st Chinfantry Division has taken in more non-native-Chians to fill openings.

In fact, the Chian language holds about a 99.05% commonality with the English language.

It has been estimated that Chialand first became inhabited anywhere from twenty to one thousand years ago, but because that was such a long time ago, no one remembers.

Chialand holds no parliament or prime minister, no police force and no mayor(s). Leaders are unofficially and not actually chosen based on their reputation with other members of the plane. The earliest recorded leader of Chialand was Chiatastic34 from circa 2000.

Across the South-West walkway around the Grand Chialand Library is a building that is home to The Index—a complex compliling of every song to be heard, book to be read, and person ever to be in Chialand, among other things. The Index is so large that it is rumored to hold all the information from all of Chialand's unknown history, but no one has ever gotten around to find the fabled information, since playing video games and listening to Italodance is much more fun.

Psh, this is so outdated. It's probably from last decade. Pshaw. That's sooo last month.

This owns your pic!

Cut off at last second... :(. I recorded the pre pic stuff :) and it should be on youtube soon!

Congratumalations! I knew you'd do it eventually

Hey, Bruxacosmica/Archive 3, I've decided to stop editing this wiki and edit another (The JN wiki, the WoL wiki, ect.) . Read my userpage for further details.... 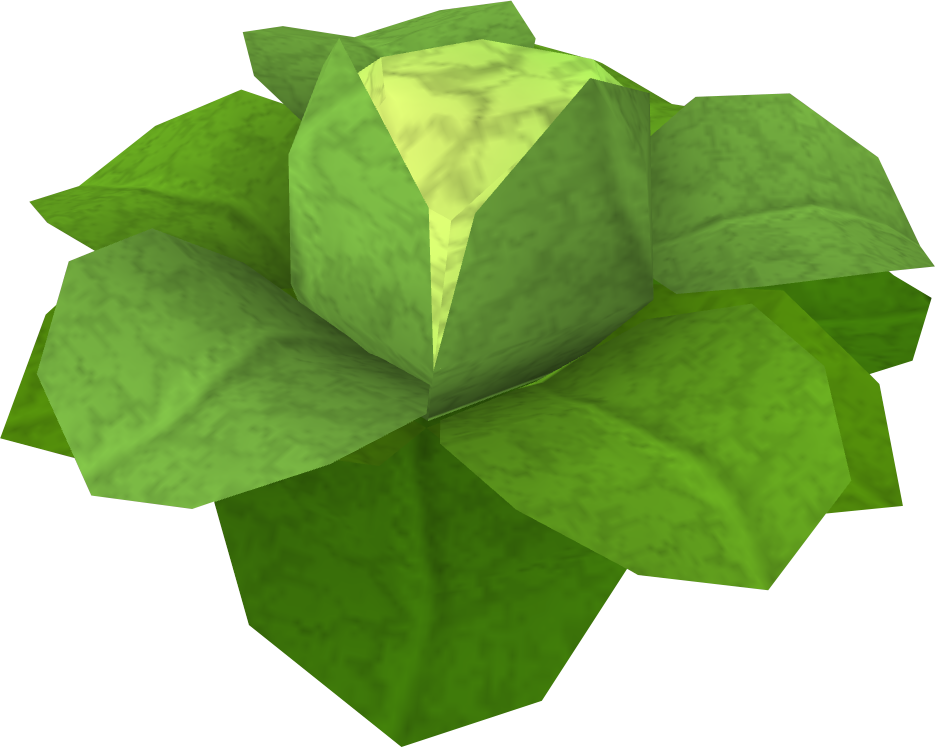 Yeah, one strange thing is that I seem to get 1 shiny pokemon every game I play (Sapphire: Shiny Golbat, Crobat, 2nd game: Shiny Oddish, Firered: Shiny Dratini, Gold: Shiny Gyrados, but didn't catch it bcuz I was stoopid :( )

You should add yourself to Category:Fire breathers

U phail at trans lolol

Orly? I thought I messed up real bad with the shoulder piece and the Brazilian Flag. Hopefully I get better, maybe I'll make a better one for you.

God, I misclicked for a random event gift and accidentally selected mystery box instead of xp item. And this is what I got <.< (read the infobox, I feel like Brassica Prime is mooning me) --LiquidTalk 13:52, March 21, 2010 (UTC)

Hello Brux, I was wondering If I could use the template that you made in your sandbox to track slayer tasks for my user page?

I guess I owe you a cookie[edit source]

Jumpstyle is both a subgenre of EDM and a dance style to go along with it, usually done with the more extreme examples of Jumpstyle music playing. "Stamp on the Ground" by Italobrothers is one of the more basic Jumpstyle songs with its roots also in Happy Hardcore and Future Trance and "Jumpstyle My Style" by DJ Mert is a good example of some of the harder songs that go along.

This is an example of good and honed Jumpstyle:

Now, I can't do Jumpstyle that good, but I think I can do it well enough that it could be recognized. Wikipedia describes the basic movements well enough.