Is there a background for images to be AA'd that generally works most of the time? My shots I'm working on now have a true white (FFFFFF) background, but I'm afraid that will make the edges go all pale. Any ideas? --TheLastWordSword 16:04, October 15, 2010 (UTC)

SPAM?! YOU THINK ME HUGGING YOU IS SPAM?!

If you wanna talk, then post on my talk page.

Imma go write some stuffz for teh yew grovez as well, so I may not reply to your messages for a bit. 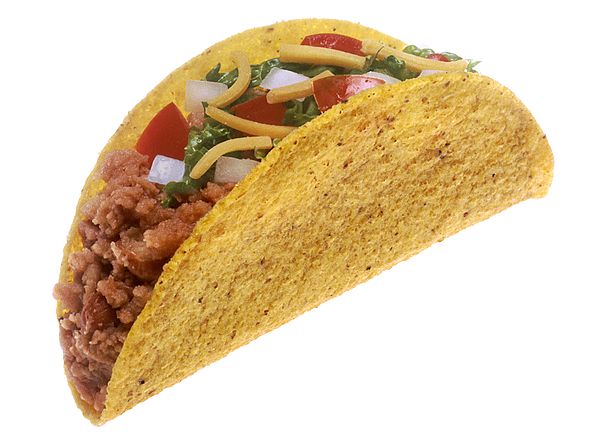 I just wanted to let you know that I would be happy to help you guys over at RuneSlayer in any way possible, wether it be writing or coding, etc, and I would also be more than willing to be one of your main contact people. Adam Savage

Awesome! I understand the activity part, but just because I am Semi Active doesn't mean that I have become Inactive. And, in response to your question, yes, they are too, but I read in one of your posts on the threads that you needed 5 people to help. Adam Savage

I'm writing code for my userpage. It's gonna be pretty epic when it's done.

Well I found something else to do.

You sir, are unconstitutional. Here is something to clear that up.[edit source]

AT THIS POINT, Cook Me Plox pasted the entire text of the US Constitution several times over. I have since deleted it, since it was nothing but spam on my talk page. This is allowed per RS:DDD

fix to redirect to this, because that would redirect existing pages to their page automatically, and search for the page otherwise. And if you don't want to redirect to a redirect, you should let your site redirect to https://runescape.wiki/wiki/<page> because now it leads to a 404 WHITS IS NAWT [email protected]@@@ JOEYTJE50TALK pull my finger 16:34, May 20, 2011 (UTC)

Wai u keep zpamming join/quit without being in chat urself? U NO LURVE US ANYMOAR?

I thought you understood that I was going to start the Wikia giveaway in the next couple days and that we would hold off on RuneSlayer stuff for a week or two? ʞooɔ 18:02, June 3, 2011 (UTC)

You have been blocked for 1 day for manipulating the results on Special:SearchDigest to violate RS:UTP. Feel free to edit once your block is expired.

Yay for pointless punishment blocks which don't do anything? This won't even prevent him from searching more if he wants to. Seriously, what is this block about? ajr 03:47, September 29, 2011 (UTC)

Especially since I'm now getting talk page spam over it >.<

I blocked you on request of User:AndorinKato for you, and anyone else interested. He requested the block via IRC because he was unable to log into the wiki.

Please combine your edits into a single entry from now on. You are spamming the recent changes unnecessarily.

Getting a single edit conflict isn't reason to ignore what she said before; the SoF reset and she did her dailies. Now for the sake of all RC watchers; go back to less frequent updates. MolMan 01:04, July 30, 2012 (UTC)

6 edits to the same page in 10 minutes is unnecessary. Why don't you do some spins and record them hourly rather than after x amount of spins? That way you only update it once an hour

To everyone who is bitching at Ryfos for updating the page, please stop. He's taking time out of his day to do this for us. Unless you'd rather him keep his info to himself, leave him alone. We have no policy that says 'You can only make x numbers of edit to page y in z minutes'.

If you're going to ignore our requests, can you at least make your edits minor?

It'd be easier for both you (less clicking) and us (less spam) if you simply do it in mass amounts :).

Can you please add to the log after a batch or an hour rather than after every single spin please? Or mark your edits as minor? You are spamming up recentchanges quite bad

If you're all going to bitch and leave rude messages on my talk page, then too bad, I'm going to keep doing exactly what I'm doing. I'm wasting well over an hour of my time and $100 of my money to contribute to this log, yet you have nothing to say except "edit less"? So no, I'm not going to edit less. I'm going to edit more. And unless you can quote me a policy saying that I can't edit a page to improve it, no matter how minor my edit is, then DEAL WITH IT.

You're spamming RC yourself just to complain about my editing. DBAD

Ben RyfosTalk 01:47, July 30, 2012 (UTC)
These are legitimate content edits, not vandalising the SoF log. If Ben doesn't want to be edit conflicted by people who add their single spins and have to re-edit all of the batch again, that's his prerogative.  a proofreader ▸
Choose Option
User page a proofreader
Talk to a proofreader
Contributions a proofreader
Signature a proofreader
Vandalise this page:

I do agree with Proofreader on this, Ben, there is nothing wrong with the way you are doing this, except what caused this trouble Ben, is how you responded to what Ansela requested you to do, and everyone else. Getting edit conflicted once doesn't require you to leave a message saying that "You edit conflicted me, I'm going back to the way I was doing." This could be easily solved by putting it on notepad, asking no one to add to the log for a second(, or just put the {{Inuse}} template on the page, which wouldn't hurt ;) ), add it all, and save. So, for everyone to be happy and no one getting banned, this suggestion might work. I just want to say thanks for getting those spins so they can be added to the logs though! Hair 01:56, July 30, 2012 (UTC)

Yeah, {{inuse}} and a notepad or spreadsheet (for easy sorting -> easier counting) would be great. If you want to stay granular, edit in 8 small lamps and 6 medium lamps or whatever in one edit, or two items that are adjacent. Adding {{inuse}} would indicate to the reader that the odds may be temporarily lopsided in favour of those items you've added. And thanks for the data <3  a proofreader ▸
Choose Option
User page a proofreader
Talk to a proofreader
Contributions a proofreader
Signature a proofreader
Vandalise this page:

Just to add to what everyone else is saying: Daily reset time is not the best time to make large additions to the SoF log.

Hey Ben Ryfos! I wanted to give you a heads up that there's a thread (Forum:Leaving Wikia) up for discussion right now about moving this wiki (and OSRS wiki) away from Wikia, to a self-hosted, Jagex-supported site. We'd love your input on the proposal (and the new wikis). Thanks!

Hi, would you like me to nominate you for the Wikian title? Also it was nice to meet you at RuneFest (unrelated btw; was just checking the list of people with it and noticed you had been over looked til now because you'd been inactive for awhile :))

Hello, I won't turn down the title if offered, but honestly, my in game name is The Adorable Bennybear, and I will probably never use it :p

And it was totally awesome meeting you as well. :) It was nice to have met everyone, and to have friends outside my clan. :)

I nominated you anyway, even though no one has titles right now :P See you next year!

Hi Ben Ryfos, your request for the Wikian title was successful. Please contact Gaz Lloyd on his talk page, in the wiki Discord channel, or in-game (RSN: Gaz_Lloyd) so that he may give you the title. Sincerely, Talk to Kelsey 09:55, 16 October 2018 (UTC)