Please can you tag pages that are about upcoming content with the {{Future}} template. Also, avoid adding infoboxes and other templates other than text information as it can get confusing and the templates are barebones when the content isn't out yet. Thanks jayden

"Boss pets currently have Tier 4 lootbeams, under all circumstances." 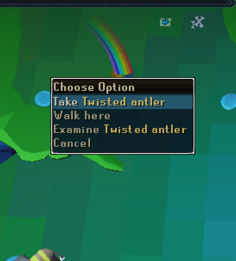 Here's another from before your edit: 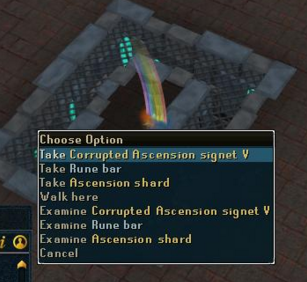 All tier 4 rainbow beams are double rainbows. The fact that both of my images show a single rainbow proves boss pets are not tier 4 beams.
The golden beam (actually all of them) is not much larger than your character. 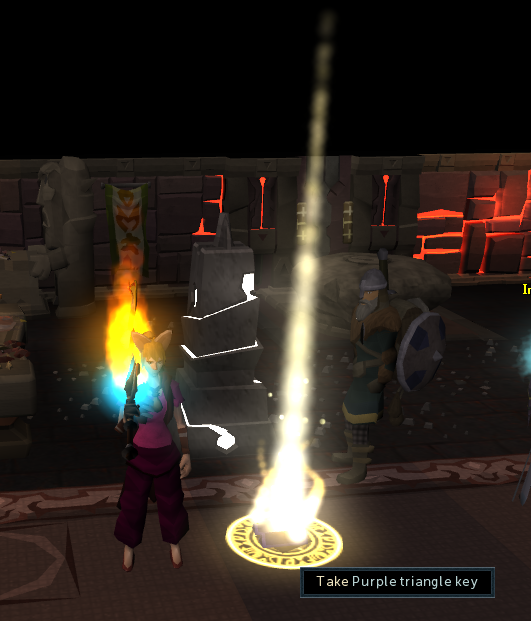 Hi, per RS:NOT, we don't host personal images. Please use another site such as imgur. Haidro

It makes more sense to categorize them season. And you'll see this in any other template listing sets. So actually, by seasons is more consistent.

Hey, just so this doesn't get out of hand: the wiki has a policy of not deleting discussions, which includes talk page messages. This rule exists mainly to preserve old conversations for future reference, making them accessible by search engines. This isn't a rule that most wikis have (and I know some people think it's kind of silly), but trust me, it's pretty useful in the long run! So, if you want to remove some old talk page messages, you can put them in an archive, for example like on my talk page with the box down the right side. I realized that Ansela's revert didn't explain this rule particularly well, so hopefully this helps and kinda makes sense. And I wanted to tell you I appreciate your work on navboxes and filling out item pages. Thanks! ʞooɔ 08:05, June 26, 2016 (UTC)

I thought it was useful, and I've put it in the main section of the page. One tip, however, is to avoid first person statements even in those hidden notes, as no one can tell who wrote them unless you go into the edit history.

I did drop the task count down by four, however, since I disagree on putting the GWD journal drops as separate entries when they're bundled together in game.

I removed your misinformation from the page, about them all requiring 101 Slayer. The month ahead video and newspost both suggest differently:

"Each has a fearsome special attack themed after their associated gem, and they are all designed to be very high level Slayer targets, with the Hydrix requiring level 101 Slayer to fight."

This says to me that only the Hydrix requires 101 Slayer, and that the two weaker dragons will have lower requirements.

There are no new event mystery boxes in the cache for this event, so the event uses one that has already been in the game (and we have an article on). We're not sure which this is yet, but that's why the article was deleted jayden 01:45, July 18, 2017 (UTC)

There's seems to be an enter between your signature and the timestamp, could you fix this?

Nevermind, I've found the cause and fixed it. :)

It seems you're still pasting the code of the signature instead of using the template it seems. Could you check here to see if your settings are correct?

Jagex changed the URL, it's now: http://services.runescape.com/m=hiscore/index_lite.ws?player=example (where example is your display name). I recently found this out as well, but API was apparently already updated with this, that's how I know what the new URL is.