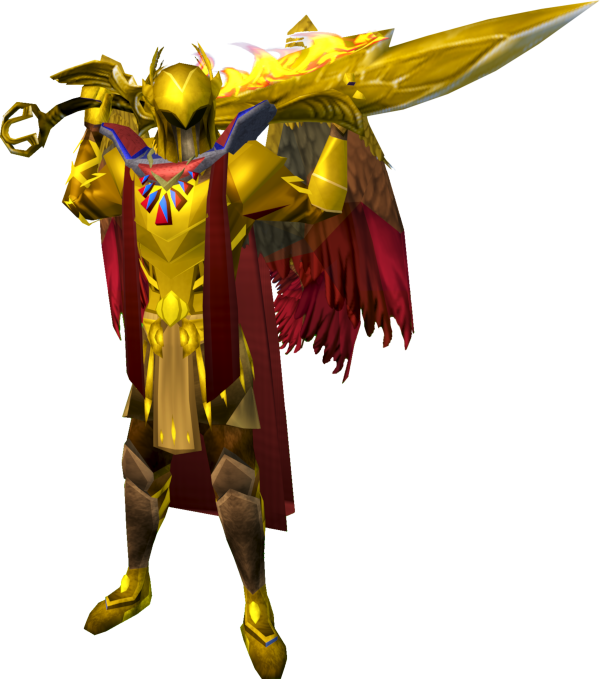 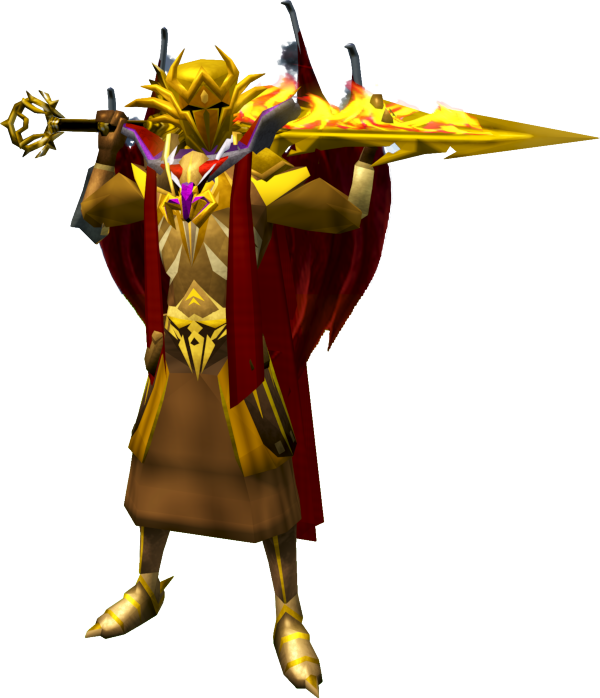 Unsupported on this RuneScape wiki version. To be adapted.

I have known and played RuneScape since 2004 and am still playing it on a daily basis. On inactive days I still log into the game to get my daily treasure hunter keys.

I am a fan of the golden sets that are handed out in the yearly Raffle. I have won 4 sets so far, and am willing to win more each year. I always wear my full golden Armadyl set with fitting gear. I'm very proud of the aesthetic combination I have made, almost looking like Armadyl himself.

My ultimate goal in RuneScape is to achieve 120 agility and construction (2 capes who fit my outfit), and winning the Golden Armadyl Godsword. I wasn't aware that these were reintroduced in 2017, so I missed out on at least 3 occasions to get them. It's my biggest dream item (more than something like a party hat or similar). As of the 18th of September 2018, I have finally won the Armadyl Godsword!

I am playing RuneScape solely for the fun of it as I find it a very relaxing game that requires no brains to play. It is especially fun for the communication between random players and clan members.

I'm currently in the WolfScape clan at General rank.

One of the few things in RuneScape I'm truly interested in is collecting gold items (gear, weapons, prizes... anything!). I'm a sheer gold lover, and try to collect everything that has gold in it.

In particular, Balthazar's Big Raffle during September is a highpoint for me, as he hands out complete golden sets and weapons. I've always been frantically trying to win the golden prizes, with succes as far as I can tell. I've been very lucky in the raffles, and was always granted a few prizes, currently holding the streak from 2014 till 2021. Below is a list of the currently owned items: