Risk it all in Wilderness Warbands: the brutal new combat D&D that'll test your stealth, combat and teamwork skills in the most dangerous place in RuneScape!

Quercus the ent is troubled by the emergence of savage warbands in the Wilderness. The Wilderness is a dangerous place, and it's always been home to brigands and rogues aplenty. Lately, though -as rumours abound about what happened at Orlando Smith's archaeological dig - they've begun banding together in larger, more organised groups to kill and plunder: all in the name of the RuneScape gods! Quercus is worried that they're becoming a threat to the world's balance, and while he can't intervene directly, he's looking for those who can.

Quercus will regularly send out notifications as warband camps crop up in the Wilderness. You'll need to gather some strong, trustworthy friends, gear up, and make your way there past the PKers and other perils of the Wilderness. Do this, though, and with skill, teamwork and plenty of courage, you'll be able to take the warband down. 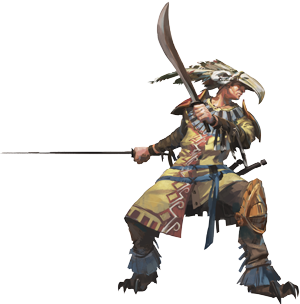 If you've set your sights on taking out a warband, a direct assault isn't the way to go. Each warband camp is based around a summoning beam, used by the warband to summon in allies. Get close enough without being seen, and you'll be able to convert the beam, switching its alignment to that of a rival god. The conversion process is quicker the more people are involved, so be sure to sneak in as many saboteurs as you can. Once that's complete, the colour of the beam will change, and you'll be able to start another such process: this time, a summoning ritual to bring in a rival warband! Once successful, the opposing force will attack and you can get stuck into the fight on your own terms. These are the first enemies in the game to use Evolution of Combat mechanics and all-new AI, so they'll still be formidable foes! 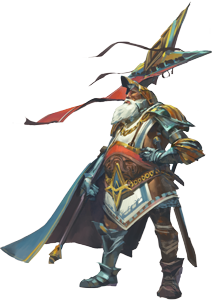 If you make yourself seen, the warband will summon like-minded rogues through the beam, and the fight will be stacked against you. Also, never forget that this is the Wilderness. You'll make a tempting target for PKers - or even traitors from your own ranks - who may deliberately alert the warband to distract you while they take you down.

Everyone involved with converting the beam or summoning in the rival warband will receive a healthy helping of Prayer or Summoning XP (respectively) at the completion of each stage. The leader of each warband also gives a chunk of Slayer XP to those responsible for his demise. On top of that, each warband's camp includes tents, filled with crates of ill-gotten goods related to a number of skills: Construction, Farming, Herblore, Mining and Smithing. Everyone involved can loot up to 25 of these per camp, and bringing these back to Quercus will earn you generous XP in the crates' related skills. You can't teleport while carrying the crates, though, so this might be easier said than done!

Finally, each time you loot a tent you have a chance to pick up the Wand of Treachery. This level 70 magic weapon is both powerful and tradeable, but there's a catch: when you pick it up, the fact will be broadcast to everyone in the vicinity, your prayer points will be completely drained, and you'll become attackable by everyone - regardless of their level. It's at times like that you find out who your friends really are!

The risks involved are great, but the rewards are greater still. Do you have the cunning and the skill to survive in RuneScape's wildest lands?

How to start Wilderness Warbands:

Speak to Quercus, by the bridge between Edgeville and the Grand Exchange. Requirements:

There are no level requirements, but you'll need good combat skills to take on the bandits or go toe-to-toe with PKers.

Behind the Scenes Videos

Take a tour of Wilderness Warbands in our latest Behind the Scenes video.

Also, feast your eyes on the first details of RuneScape 3!