Prizes can be multiplied by up to 7 times, so get opening those brightly coloured chests!

While opening the rainbow chests, you can win multiplier tokens, which unlock massive multipliers on your prizes for the rest of the promotion - up to a whopping x7!

Look out for rainbow-themed prizes including a cape and necklace. These eye-catching items are sure to make you stand out from the crowd. They're tradeable rares, too, and are sure to be highly sought after. 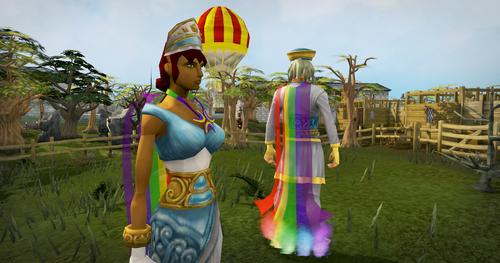